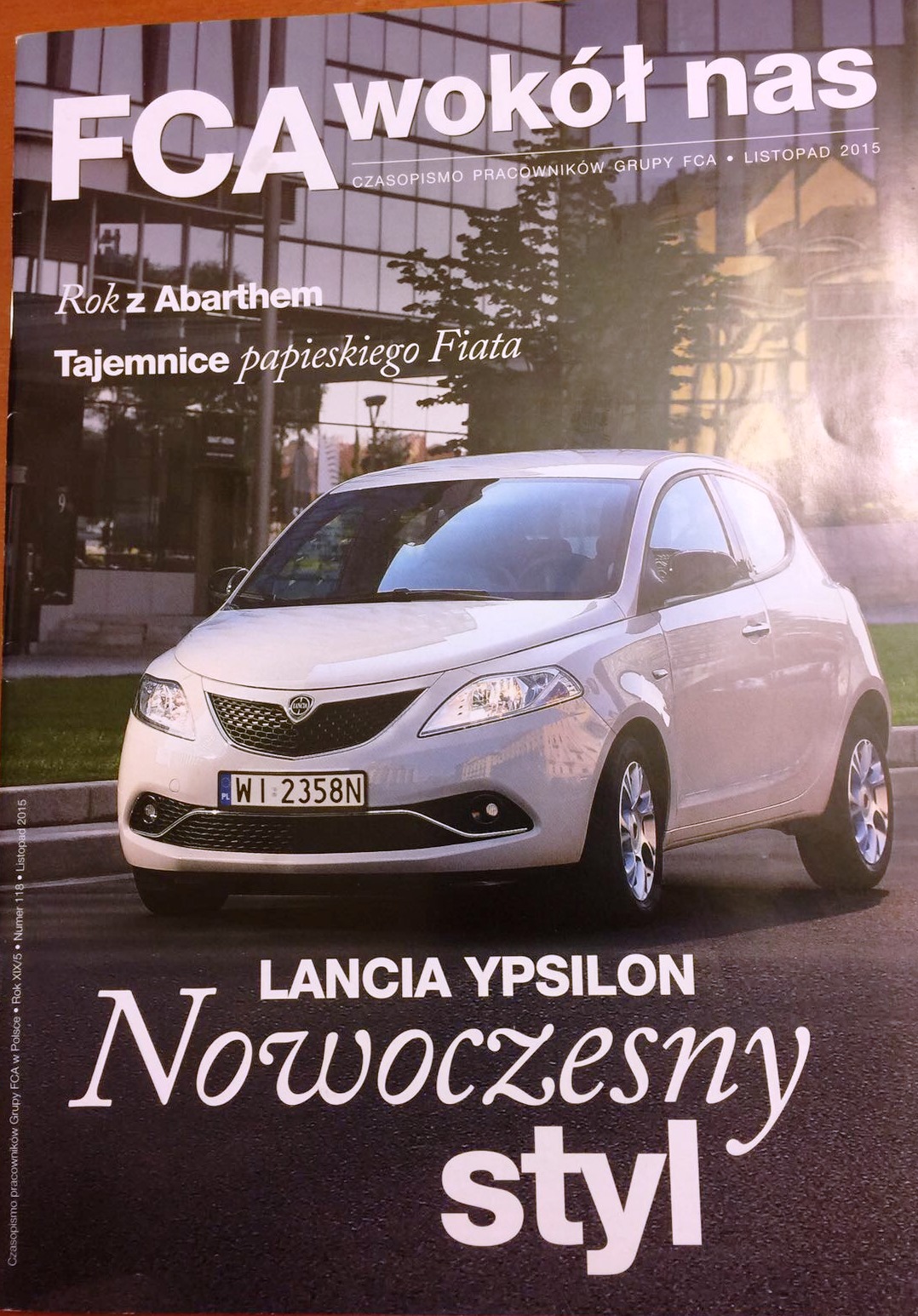 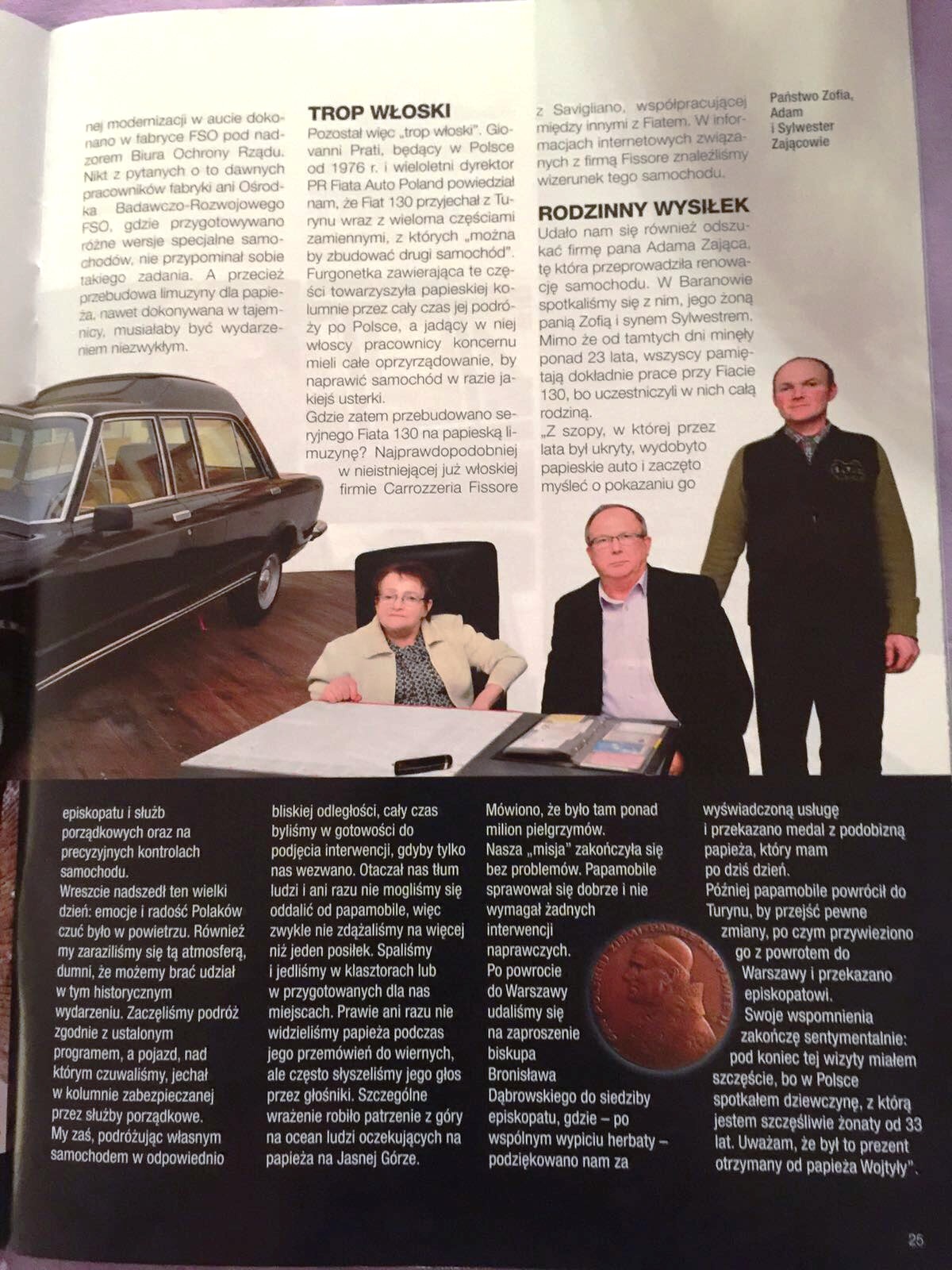 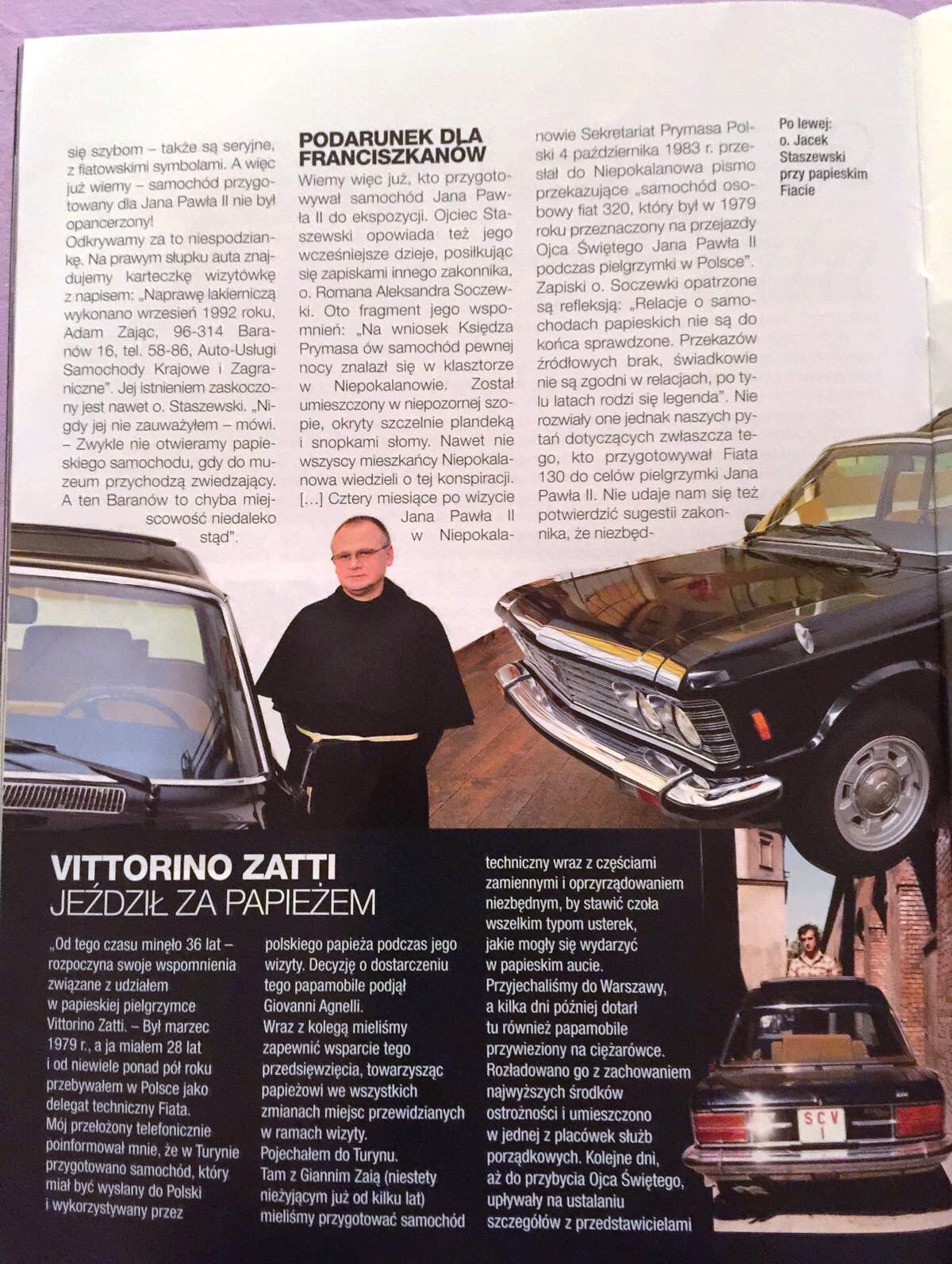 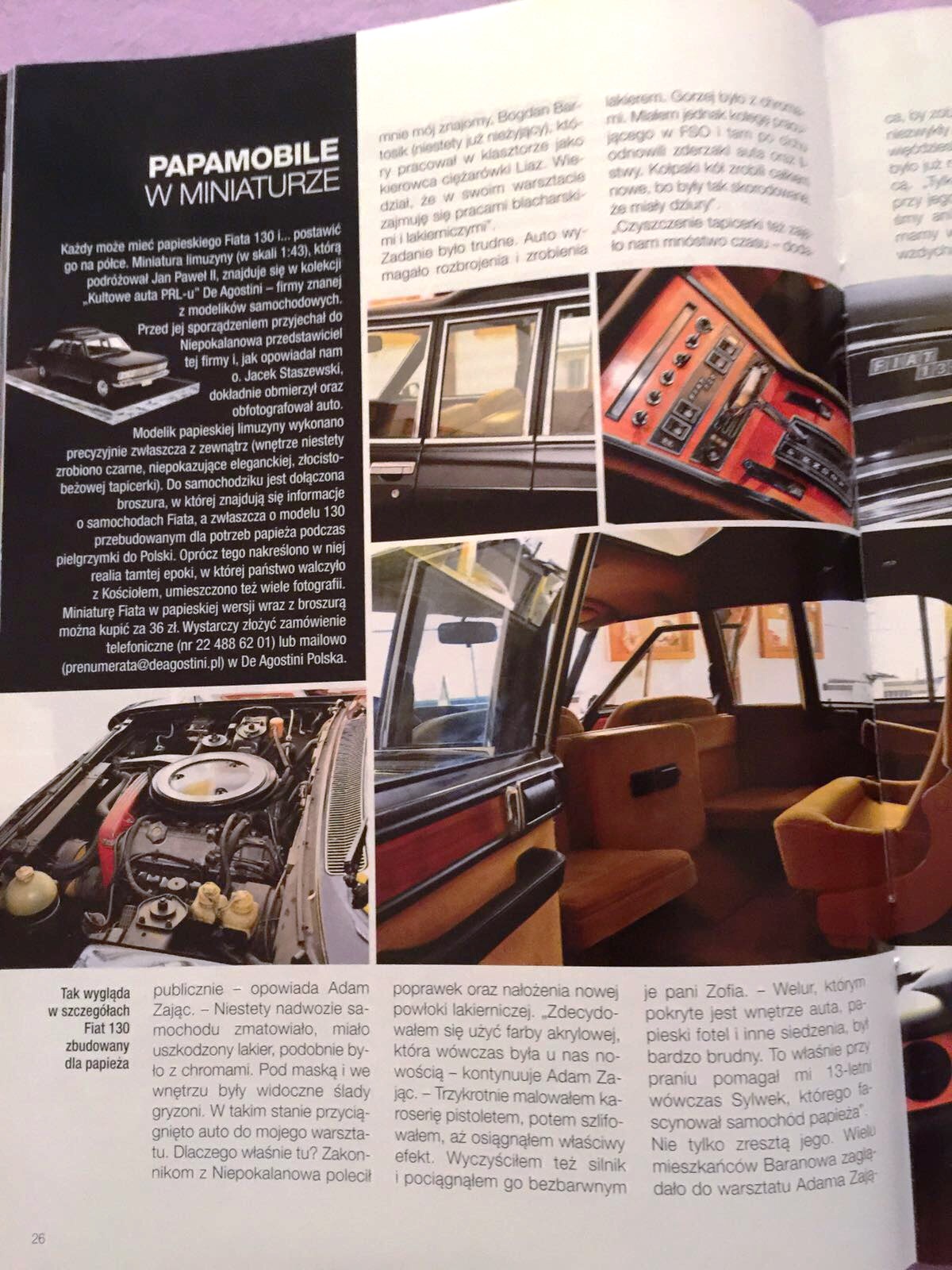 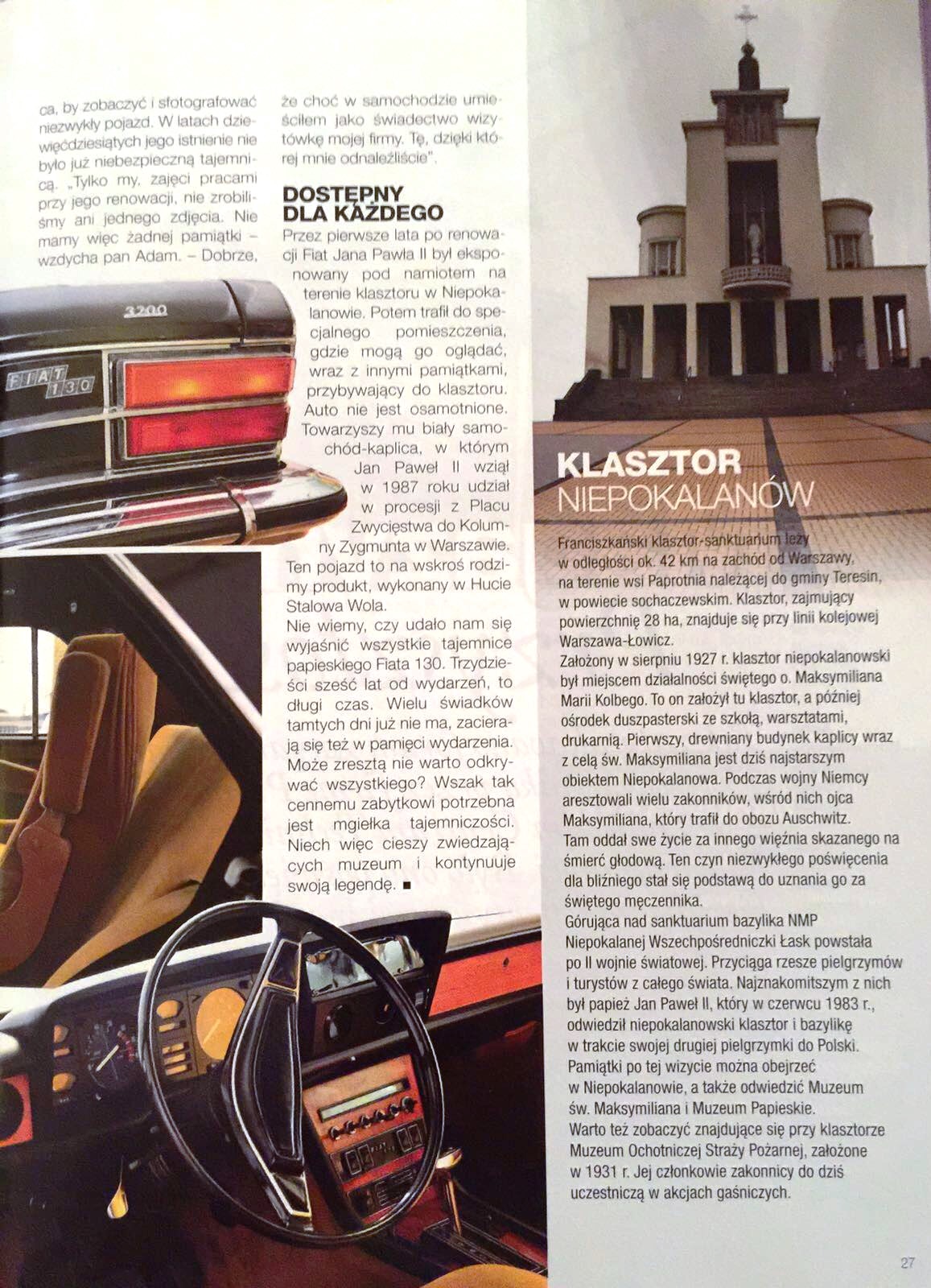 Making long story short it is an article about fissore 130 which stands now in Niepokalanow monastery near Warsaw in the pope’s JP2 museum.It ends with the myth about the origins of the car, because there was a rumor that the car has been made in FSO, it has not, it is original Fissore ,and car came with truck full of spares just before popes first visit to Poland in 1979.After the pilgrimage the car has been hidden in the “barn” because people were afraid that the comunist government would like to destroy it as a part of its “battle” against catholic church in Poland.Finally there is a part about car restoration after 25+ years standing in the barn, and about contribution of the local people to the restoration.