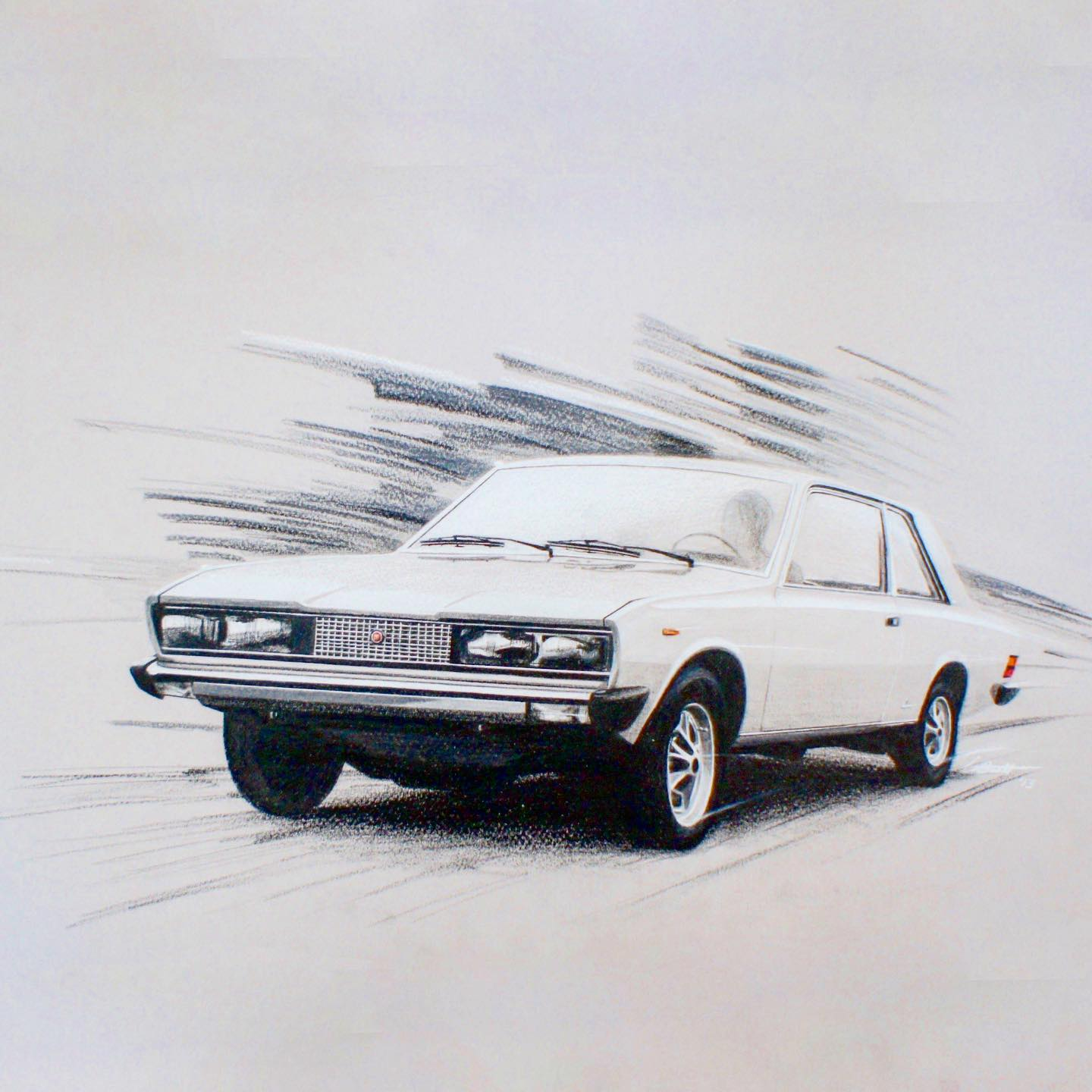 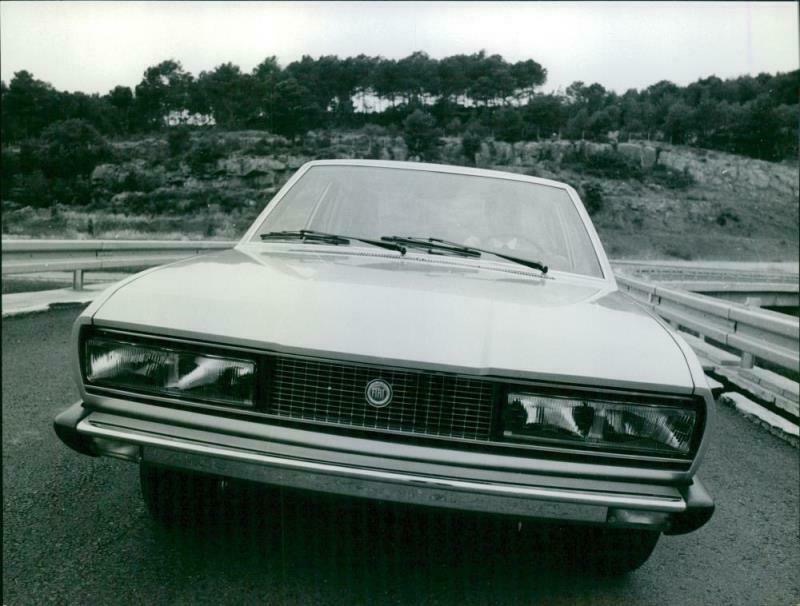 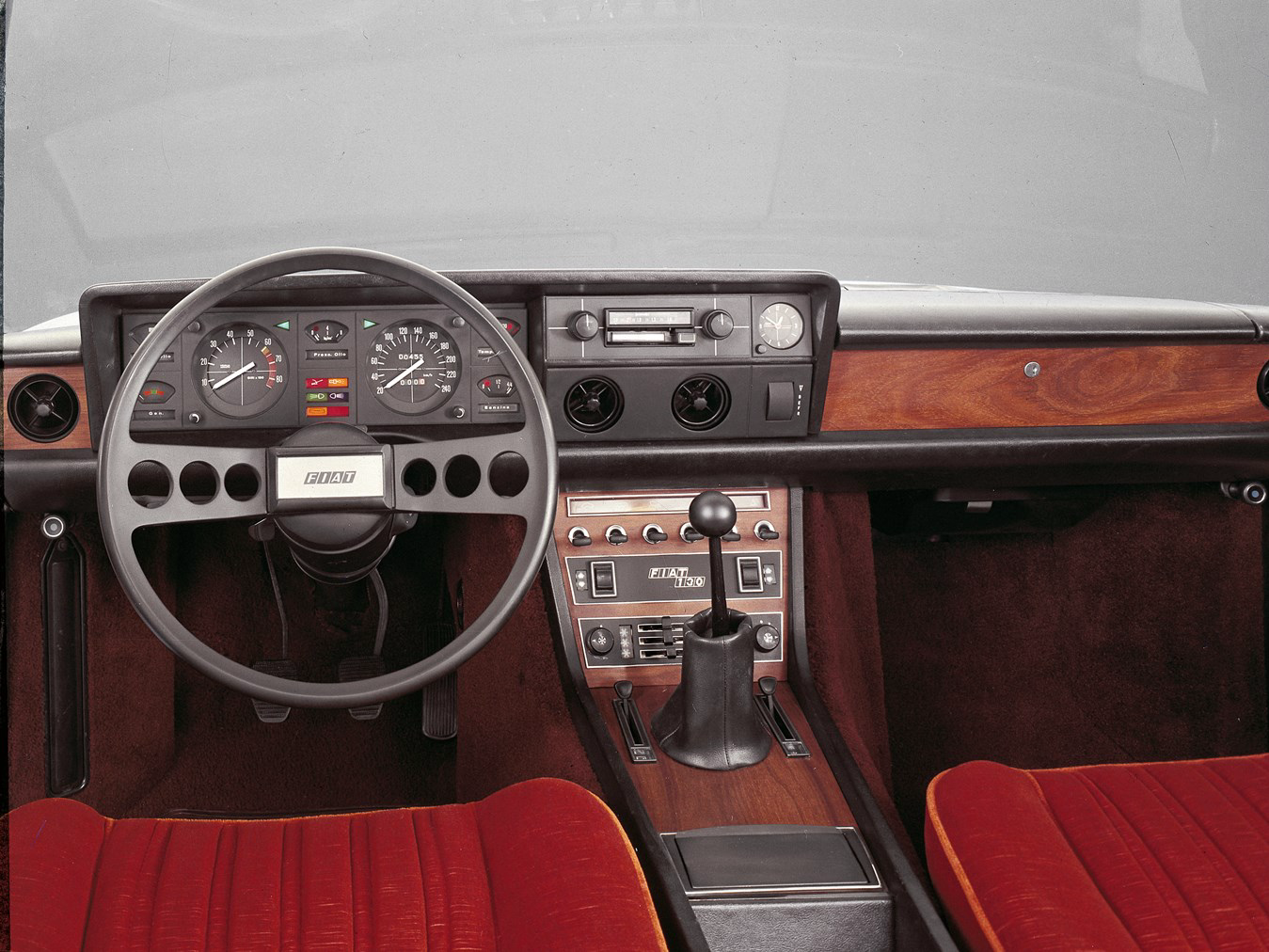 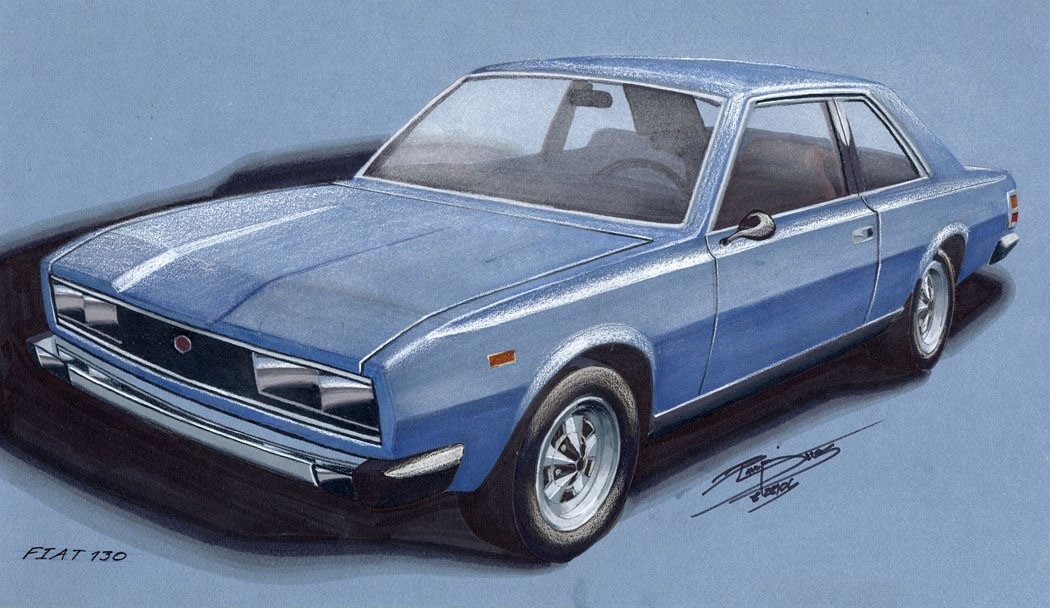 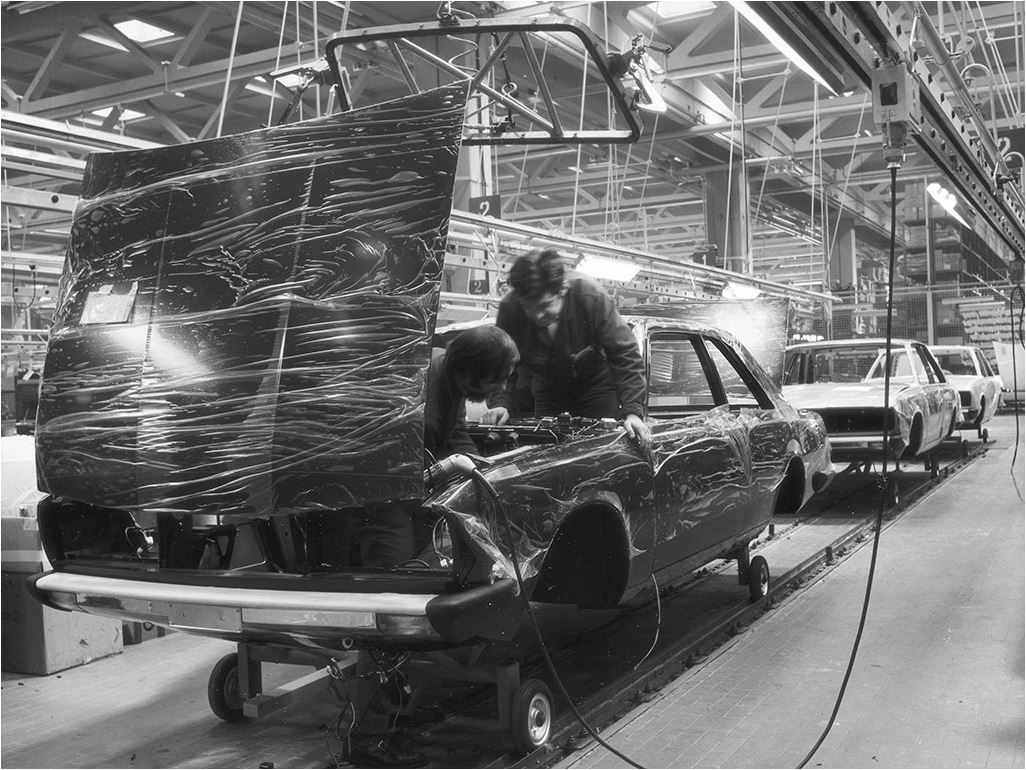 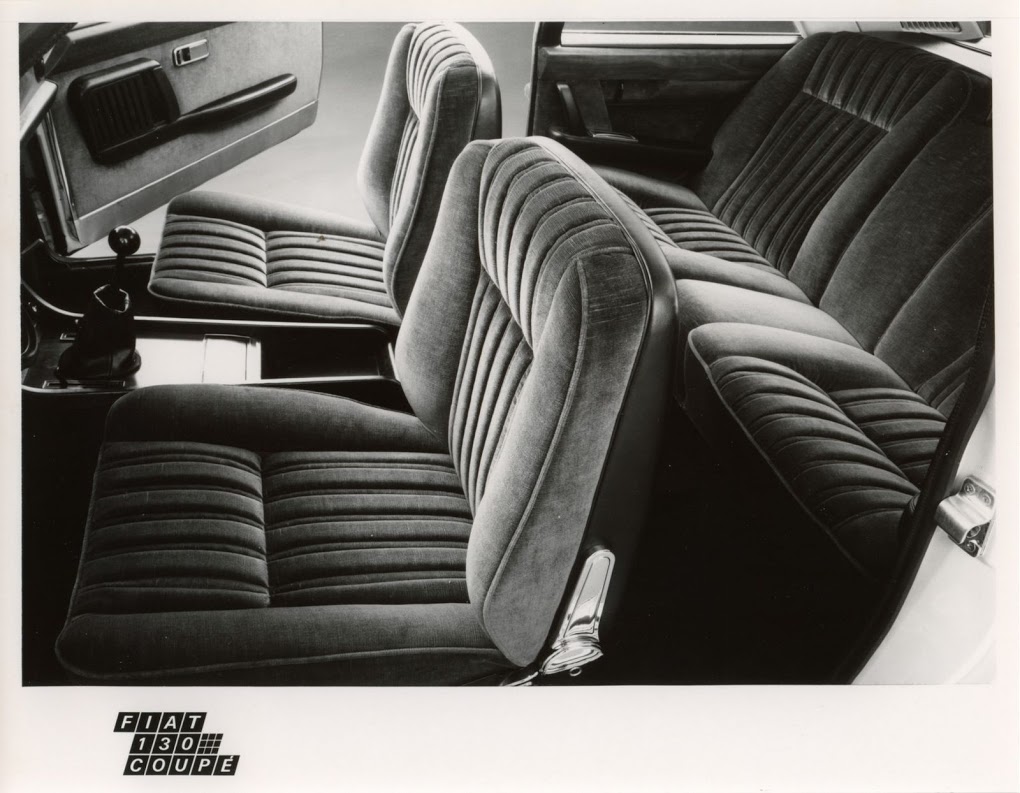 A majestic blend of severity and grace, boldness and subtlety, sharp angles joined by soft curves, the Fiat 130 Coupé was a true catwalk beauty, a masterclass Pininfarina classic that was widely copied in the Seventies but never equalled. That commercial success eluded it was more to do with social problems ” the utilitarian connotations of the Fiat brand in an image-driven luxury Coupé sector ” than any failings endemic to the car. In every respect, the 130 lived up to the sophistication that its styling projected, an opulent, exotic, refined and thoroughly engineered car built to a standard rather than price.

Launched in 1971, it was current for six years and 5,000 units, but not even the patronage of celebrities such as Sophia Loren, Marcello Mastroianni and Dusty Springfield (hers had gold-plated door handles) could raise its profile. In saloon form, the 130 had been around since 1969, a formal dignified vehicle for high-ranking members of the Italian church and state. It was big and imposing and looked like the progeny of a one- night stand between a ZIL and a Mercedes 600, but it wasn’t much fancied outside the Italian market.

A glamorous coup sister, Fiat hoped, would raise its game. When Sergio Pininfarina revealed the 130 Coupé at Turin in 1971, it must have been with relief, for this was the stylist’s first showstopping design after a year or two in the doldrums. In a sense, there was nothing dramatic or radical about the 130. It was a sober, exquisitely proportioned, large, two-door car, a fusion of gentle nuance and suggestion, presence, poise and dignity. 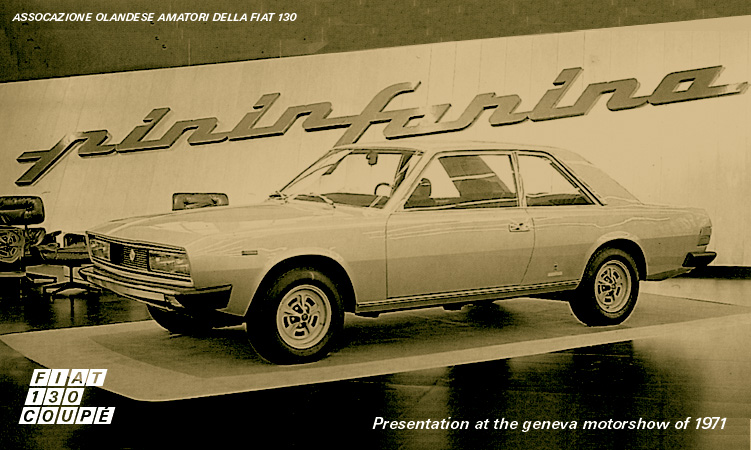 It seemed to come out of nowhere yet the 130 was clearly a successor to the taut, angular, three box formality of the influential Lancia Flaminia Coup. Given that Fiat bought Lancia in 1969, the 130 might have fared better if it had been Lancia-badged. Simple, chisel-edged and nicely detailed, the 130 had a well- judged body- to-glass ratio that allowed a luminous cabin and a slender roof with steeply raked screens. The oblong Carrello headlights, never used on any other production car, gave the 130 a distinctive face. But the big Fiat was unencumbered with any other jewellery, apart from simple, rubber-capped bumpers, chrome highlights around its window frames, and distinctively flush, rectangular door handles. Its surfaces were clean and bold, the large front-hinged bonnet formed eyebrows above the headlights, while the boot lid was relieved by a gentle lip. The sides could have looked bland, but a light crease ran between the wheel arches at knee height to break up the large expanse of door skin and quarter panel. Massive doors gave entry to a hedonistic cabin which eclipsed the opposition in terms of design, equipment and the ability to seat four adults in regal comfort. Based on the saloon floor pan, the Coupé had an identical wheelbase and track to the four-door version, but it was lower and four inches longer, looking well shod on its fat 205/70 Pirellis and Cromadora alloy wheels. The bodies, built from poor Russian steel (Fiat’s payment for building the Lada factory) were built in small numbers at Pininfarina’s Grugliasco plant and painted and trimmed by Fiat at its Rivalta works. In northern markets the 130’s bodywork would crumble before owners’ eyes. The whole design was so accomplished compared with Pininfarina’s then recent work that those with a Machiavellian turn of mind suggested that the 130 Coup had been styled by Fiat, and Pininfarina had merely put its name to it. To this day, the author of the 130 remains anonymous, as all Pininfarina’s stylists did until recently. Whatever the case, the appearance of the 130 Coupé was an epiphany for Pininfarina. At last, it seemed the company had found its way again after the death of its founder Battista Pininfarina in 1967. A year after its introduction, the Coupé won the Style Auto award, presented by a jury of international car stylists. 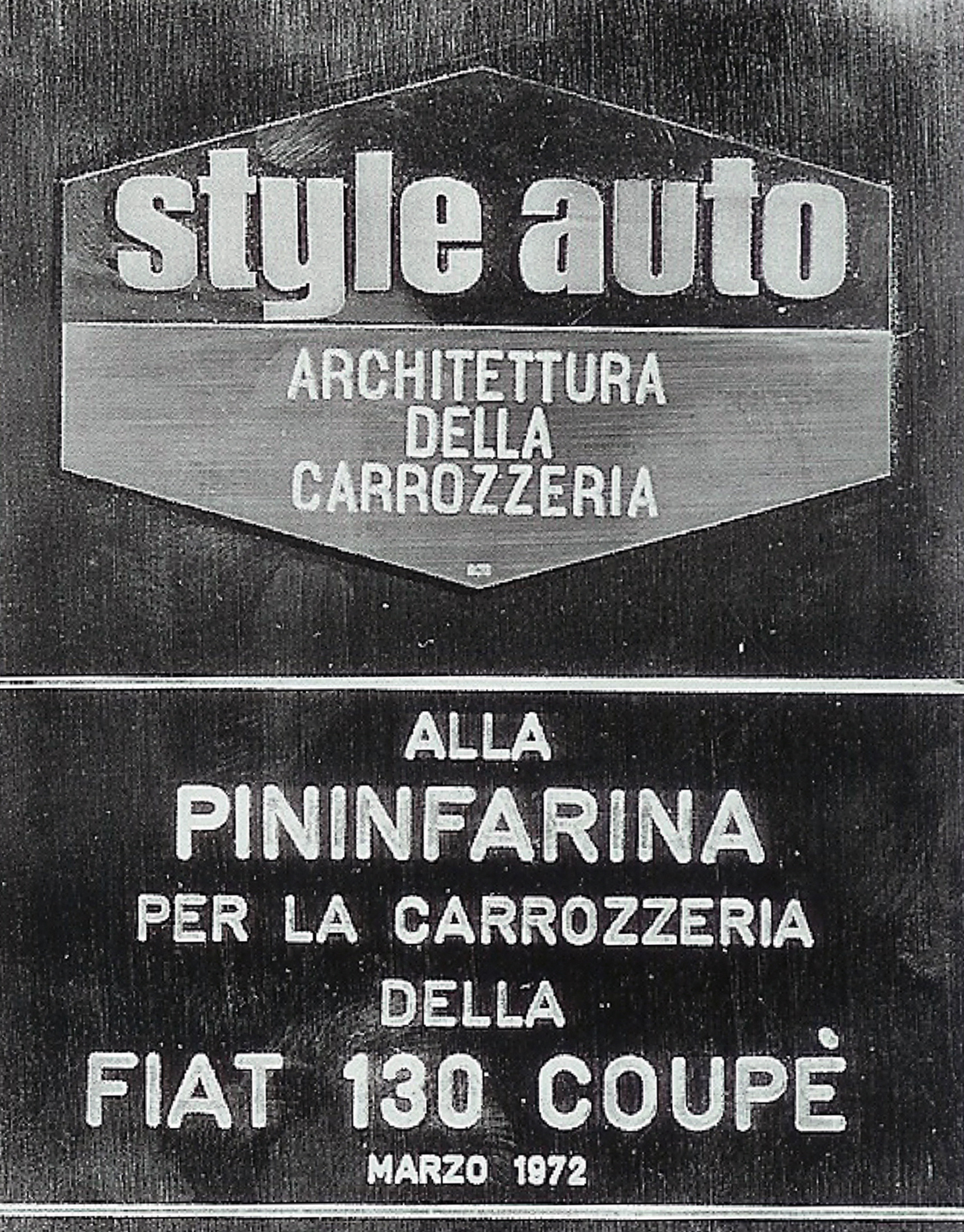 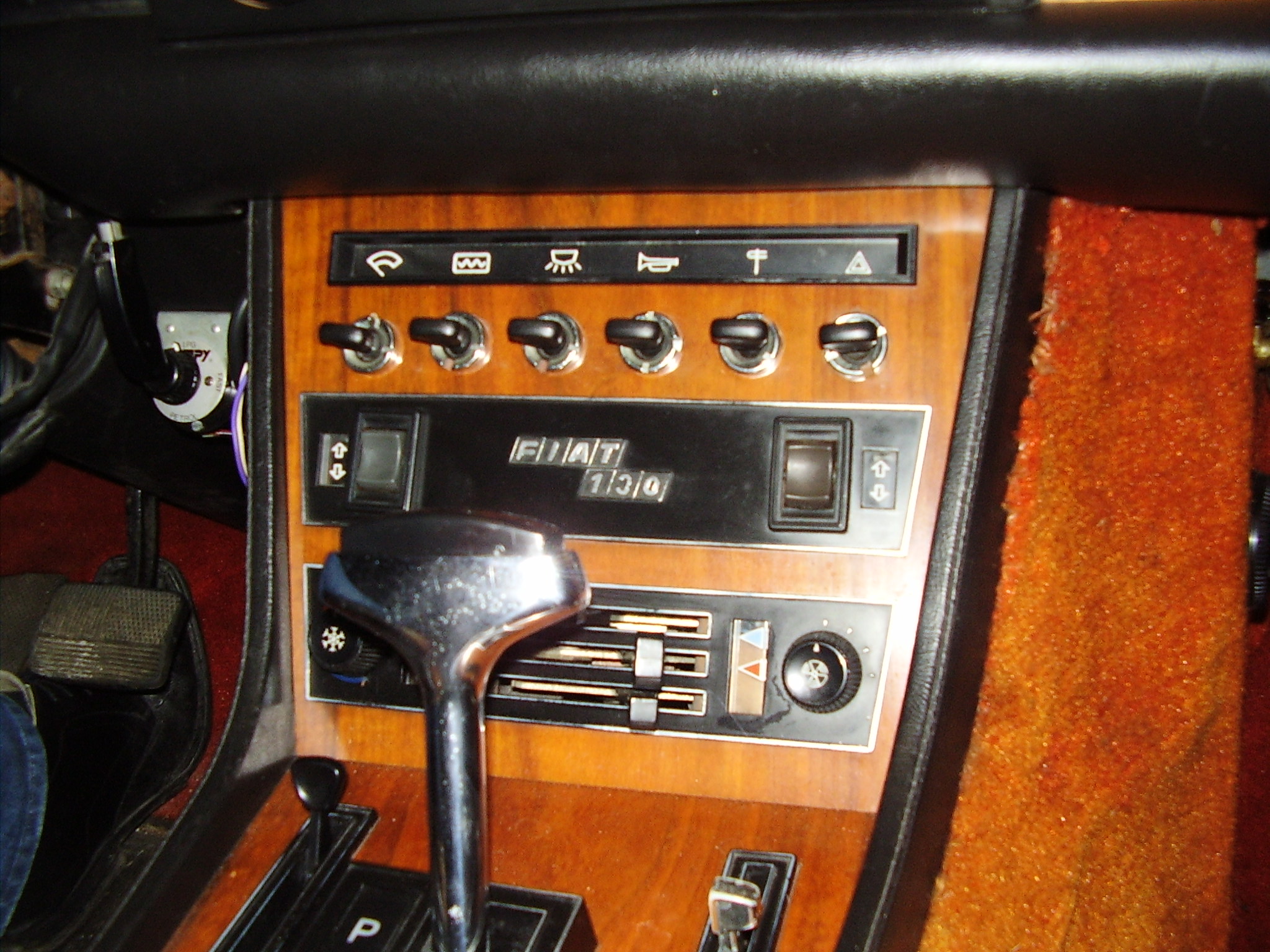 It defined all its big car design commissions for more than a decade to come. Arguably, all of them failed to recapture the purity of the original.
The Rolls-Royce Camargue that emerged a few years later was derived from the 130, yet the architecture had been corrupted, as the shape descended into ostentatious caricature. At the other end of the scale, the 1975 Peugeot 604 emerged as a cheap, bland, four-door mass production interpretation. Not even the Ferrari 365GT/4 of 1972 managed to outpoint the Fiat among the style critics, even if it outlived its inspiration by many years. Perhaps only the 1976 Lancia Gamma Coupé, replacement for the 130 Coupé in the Fiat empire, successfully reinterpreted the spirit of the 130 Coupé and made the style its own. Pininfarina was so pleased with the car that it tried to persuade Fiat to expand the 130 range with a pair of one-offs based on the production coupé. The 1974 Opera was merely a four-door version of the coup and would have been a natural successor to factory-bodied 130 saloons.

The quad-cam V6 was initially offered in 2.8-litre form, but was extended to 3.2-litres in 1971, just before the launch of the handsome coupe in 1972. It was that car which really captures the imagination today. With straight-edged styling from Pininfarina’s Rolls-Camargue/Lancia Gamma Coupé period, the 130 Coupé has a vast and intimidating presence. 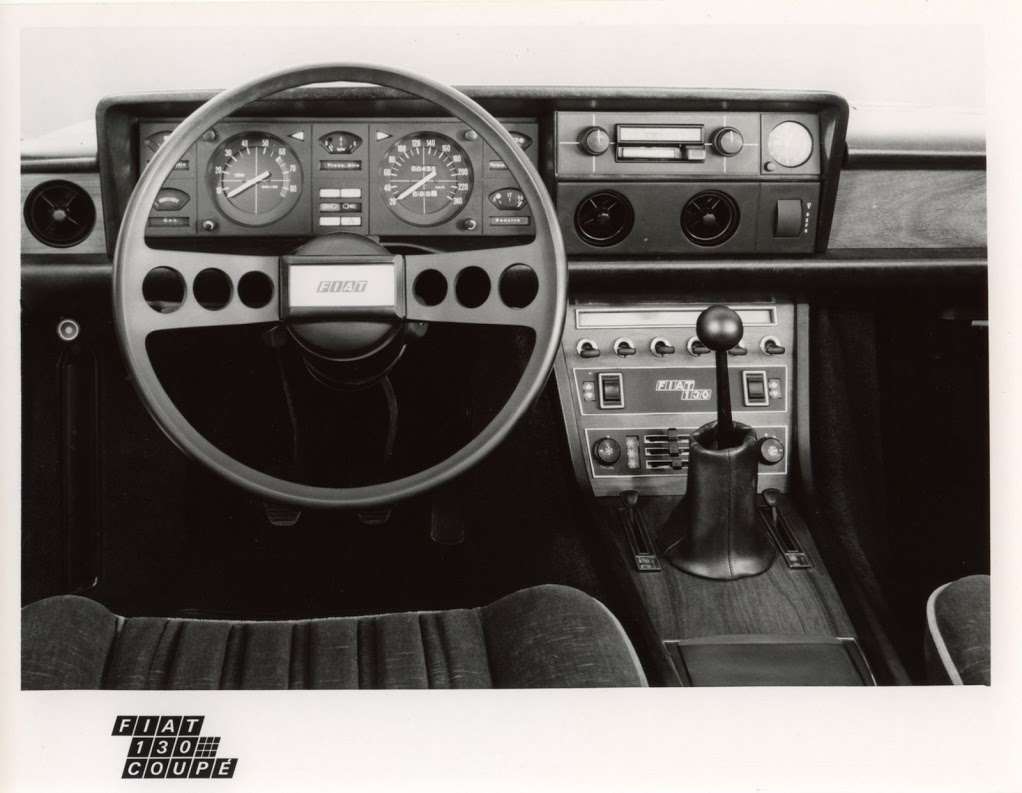 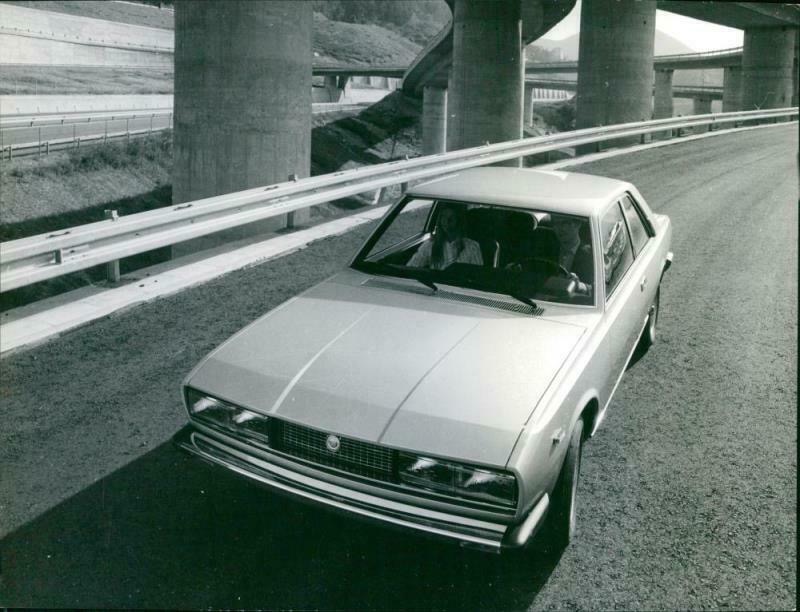 More intriguing was the Maremma, a three-door estate that tapped into the contemporary fascination with sporty load-luggers. But if a Scimitar GTE was all horseboxes and village ftes, the Maremma was designed for a suave world of martini-quaffing jet-setters. Pininfarina built three Maremma 130s in 1974. They were modified from the B-pillar rearwards with a hatch rear door; the rich velour of the standard Coupé was replaced with a combination of Alcantara and leather. The Fiat boss Gianni Agnelli, the ultimate playboy, used one of the Maremma prototypes himself for many years. It did the motor show circuit in 1974 (along with the Opera) to great acclaim, but Fiat didn’t give the go-ahead for production. In a classic-car market obsessed with clich, only a few true cognoscenti remember and appreciate the Fiat 130 Coupé. If you can find one, they come cheap: pounds 6,000 buys a beauty. Amid the chaos and indifferent cars that are Fiat’s current plight, it is hard to believe it ever produced anything so good.
(door Martin Buckley uit The Independent) 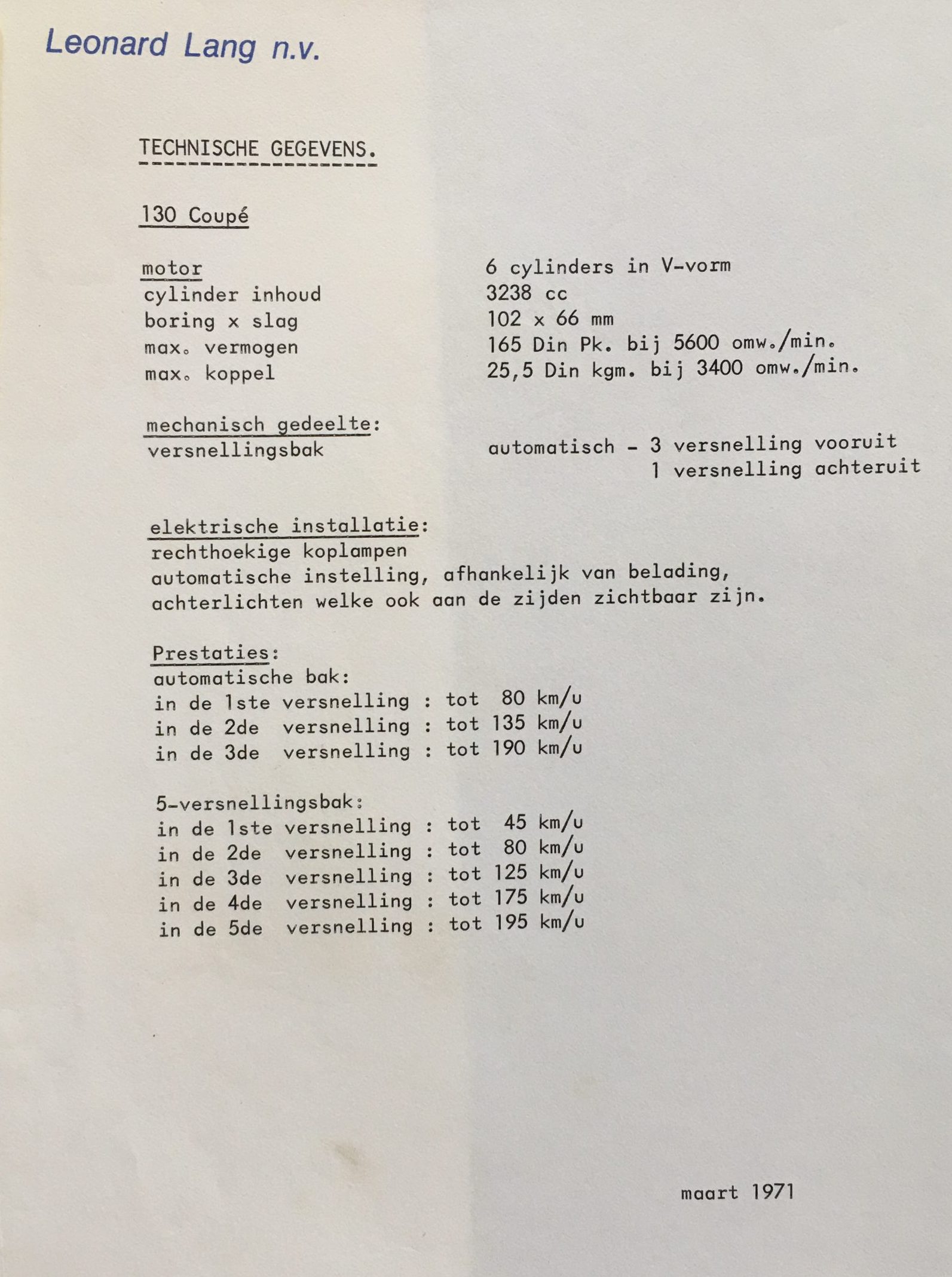 From designer Paolo Martin a drawing of the early stage dashboard: 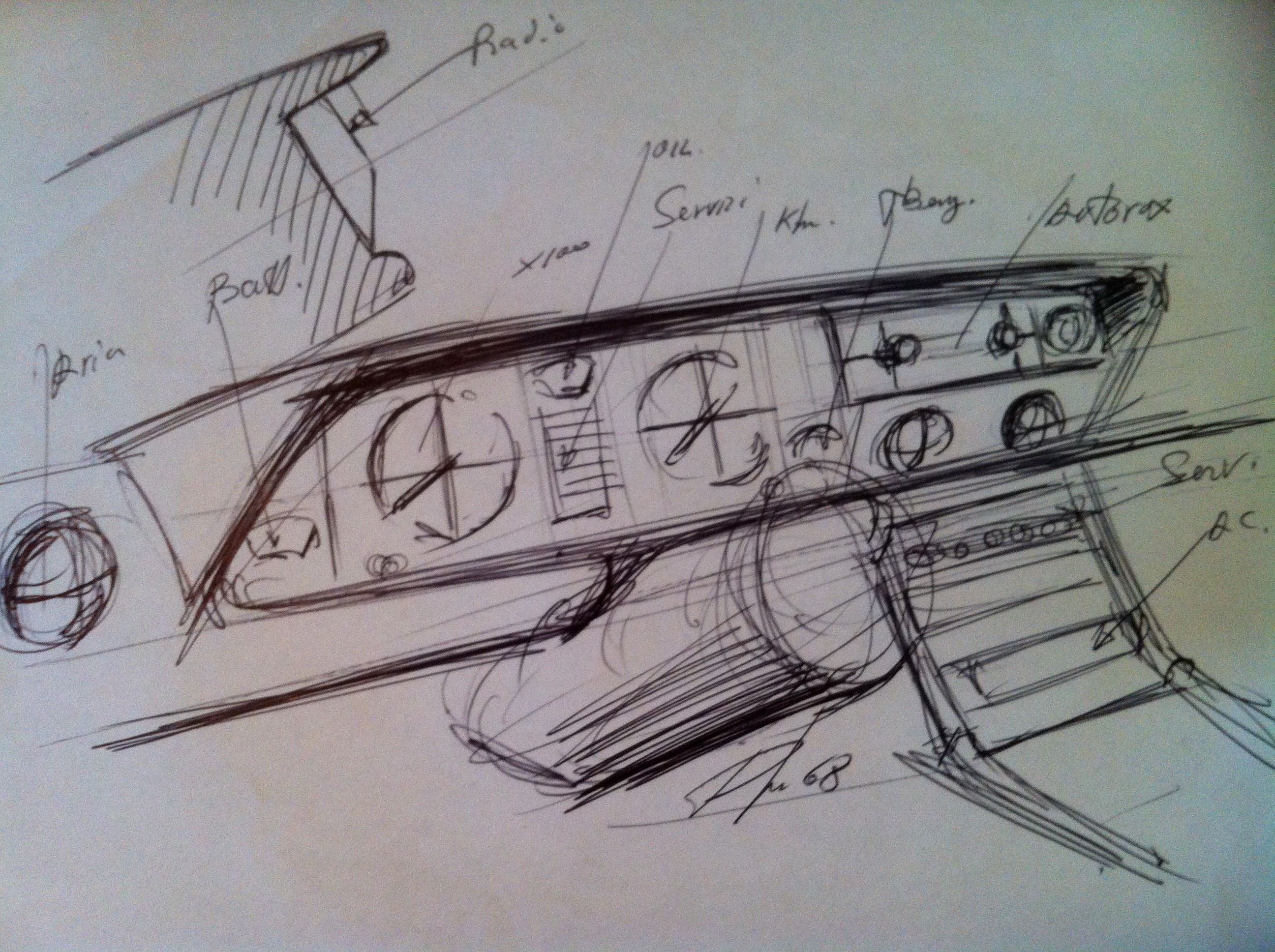 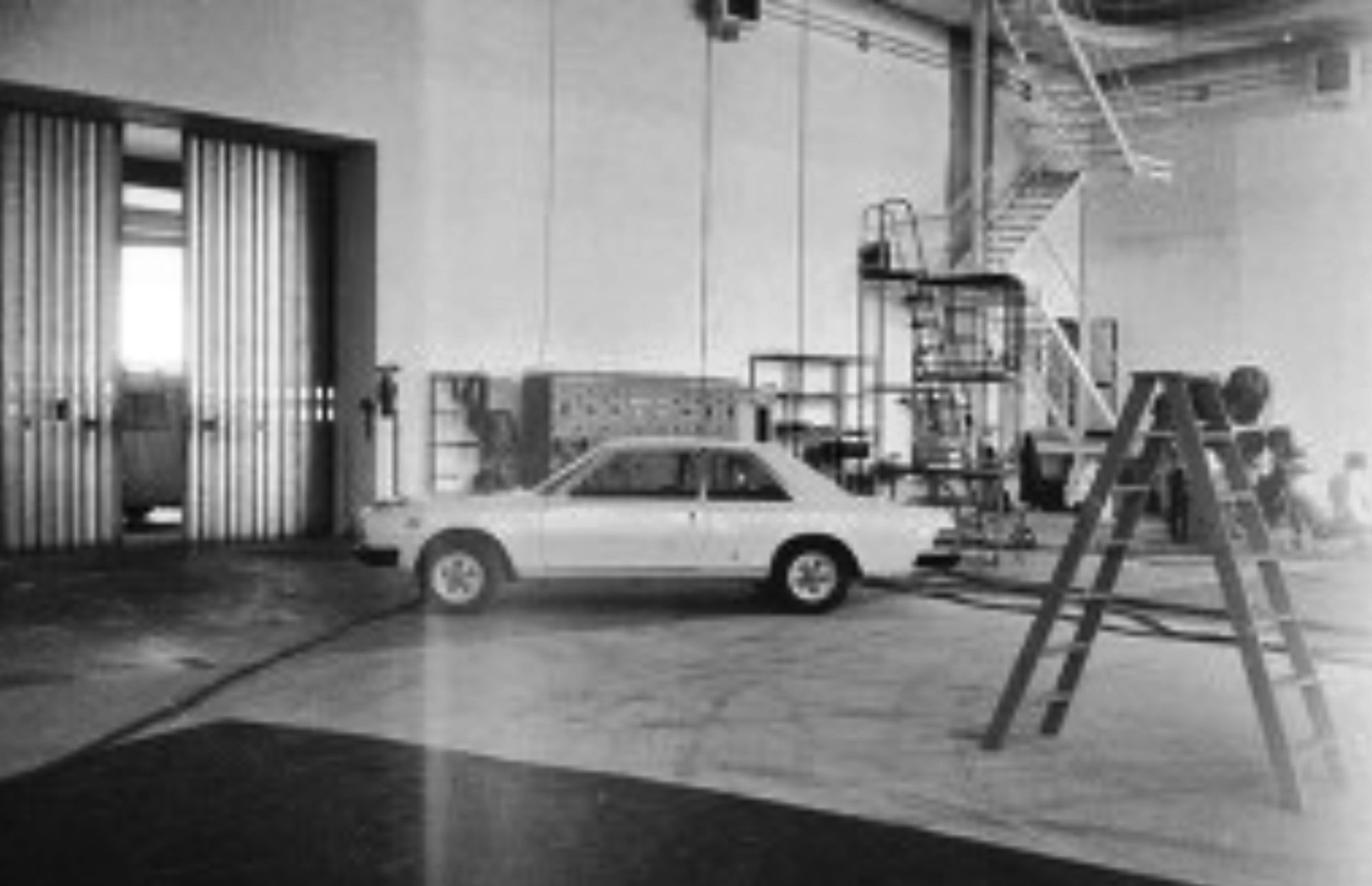 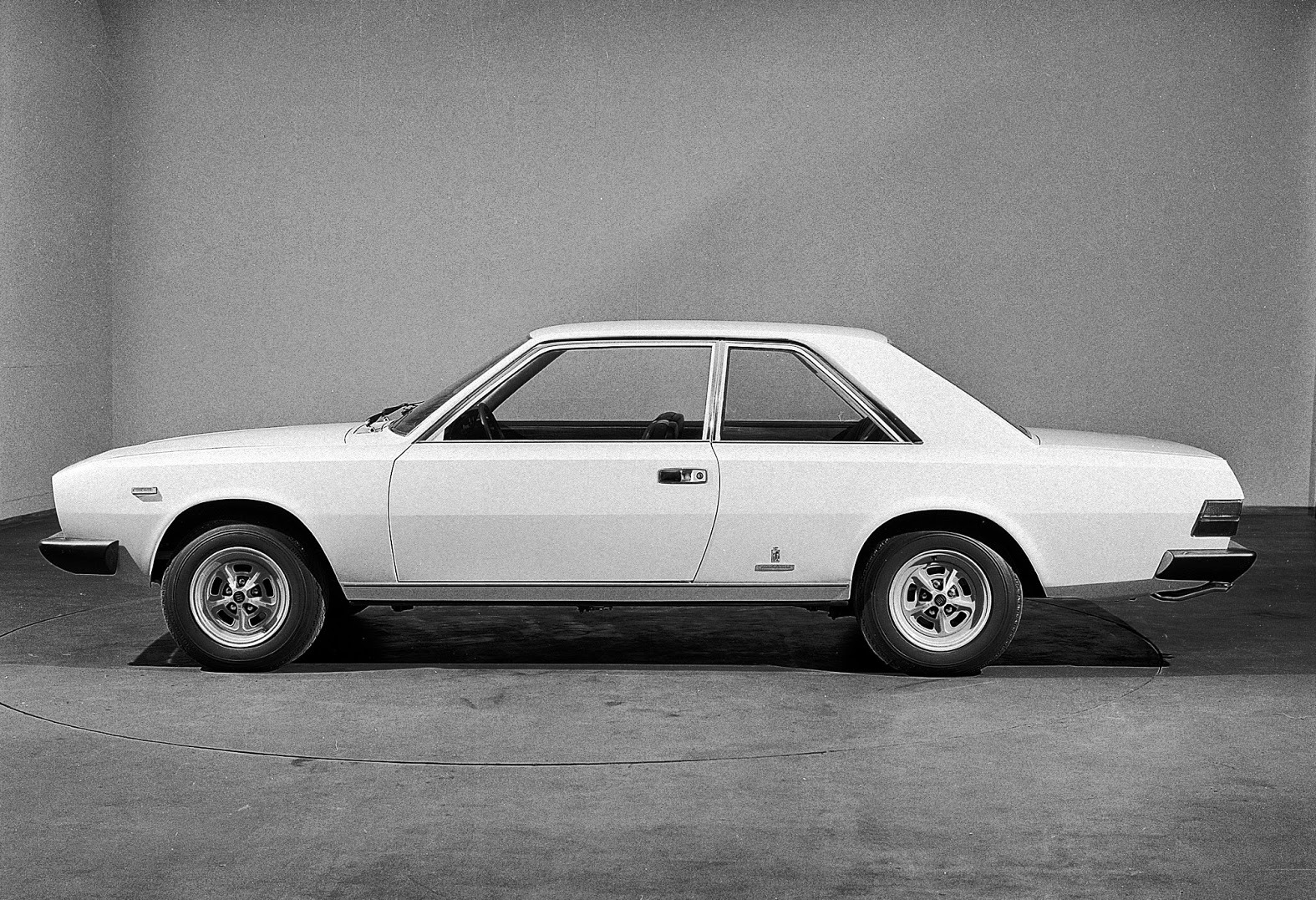 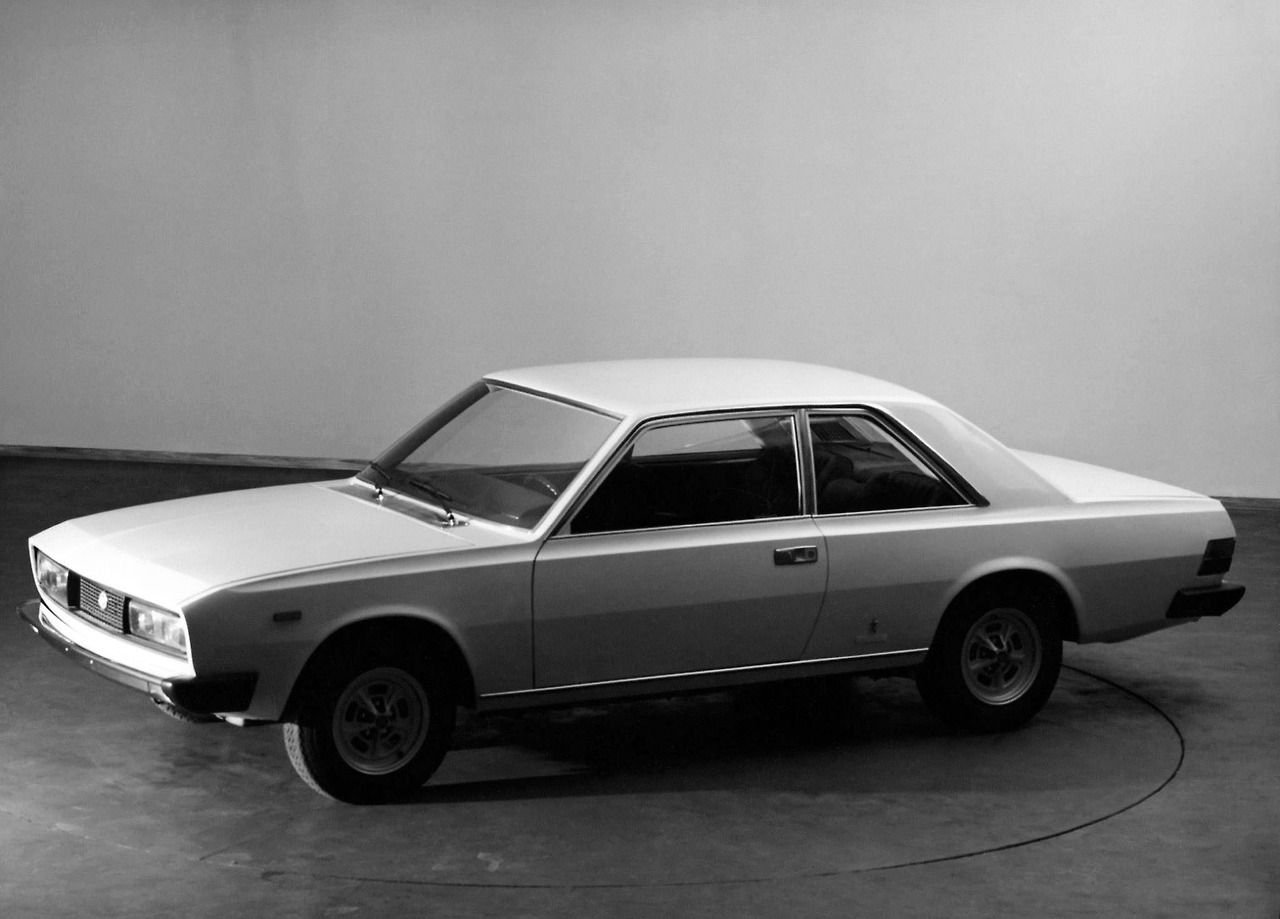 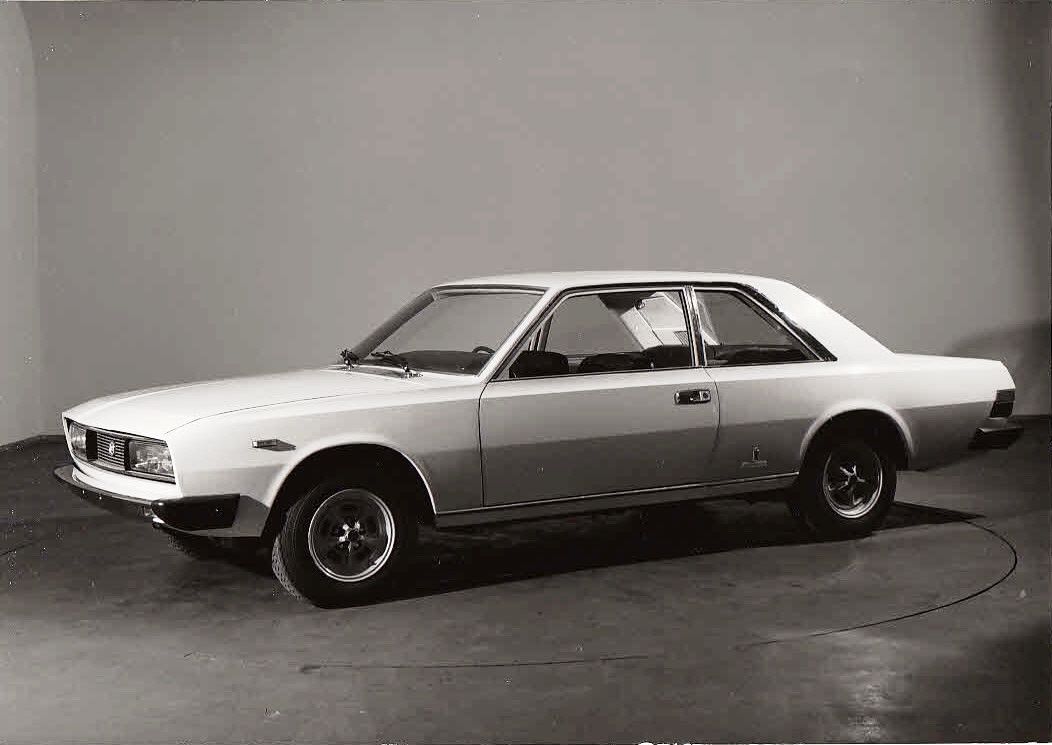 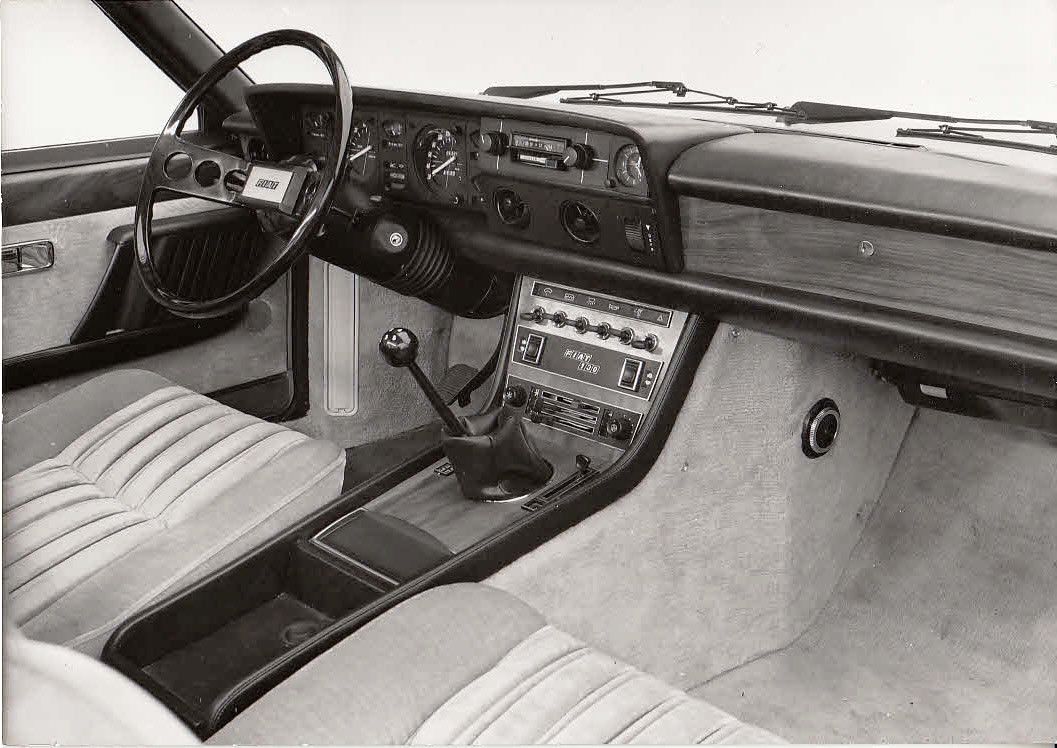