Although the ZF gearbox as used in the Fiat 130 is a robust gearbox, after many years of operation these gearboxes tend to have lost some of its original character .

In my case, and it seems is many cases, it was very hard to get it shifting to second gear with a cold engine/gearbox. It did needed about 10 kilometers of driving before it would warm up enough to shift nicely and without grinding. This is quite a normal phenomenon on gearboxes that the second gear synchro goes bad after time and that is logical because it has the toughest life of all the synchro’s.

But about the ZF gearbox in the Fiat 130. It is basically a normal ZF S5 18/3 gearbox with the exception that first and second gear uses steel synchro rings and third, fourth and fifth gear uses brass synchro rings. That seems to be the case with most gearboxes on the Fiat 130 while the workshop documentation and parts books show just 1 type of synchro ring used on these gearboxes.

Most important off all, make sure you don’t rush or use brutal force because if you break something you probably want to shoot yourself. 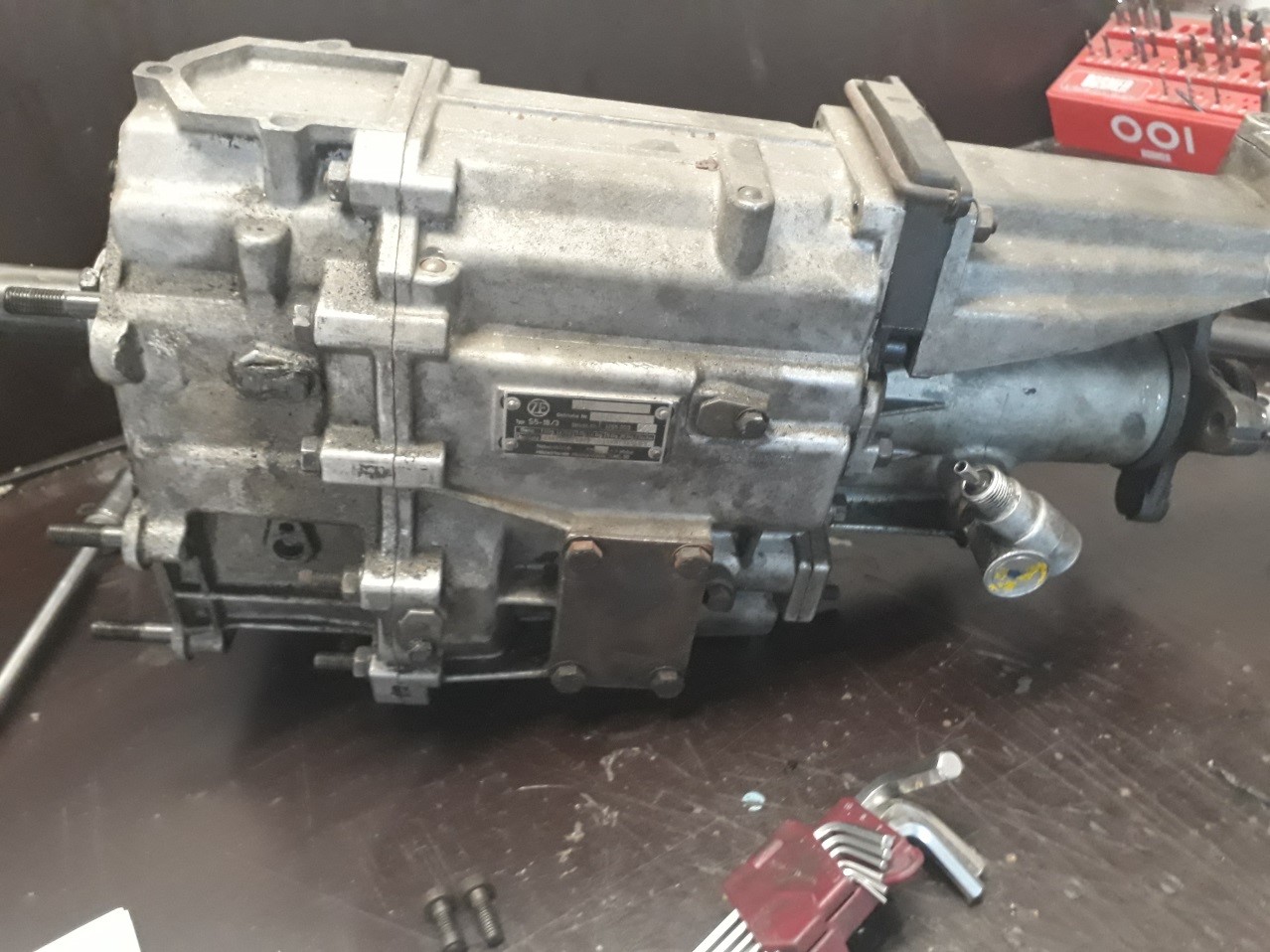 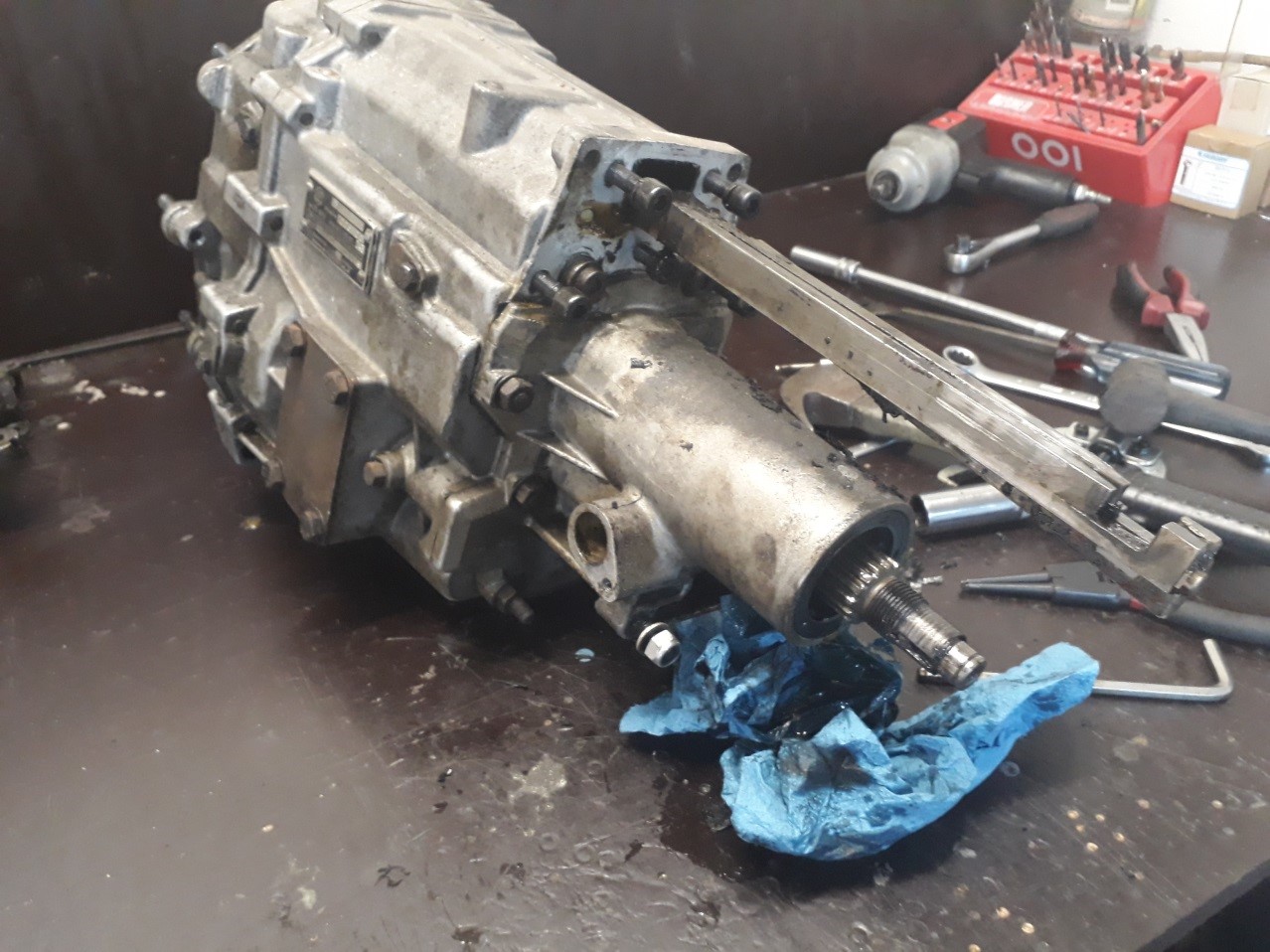 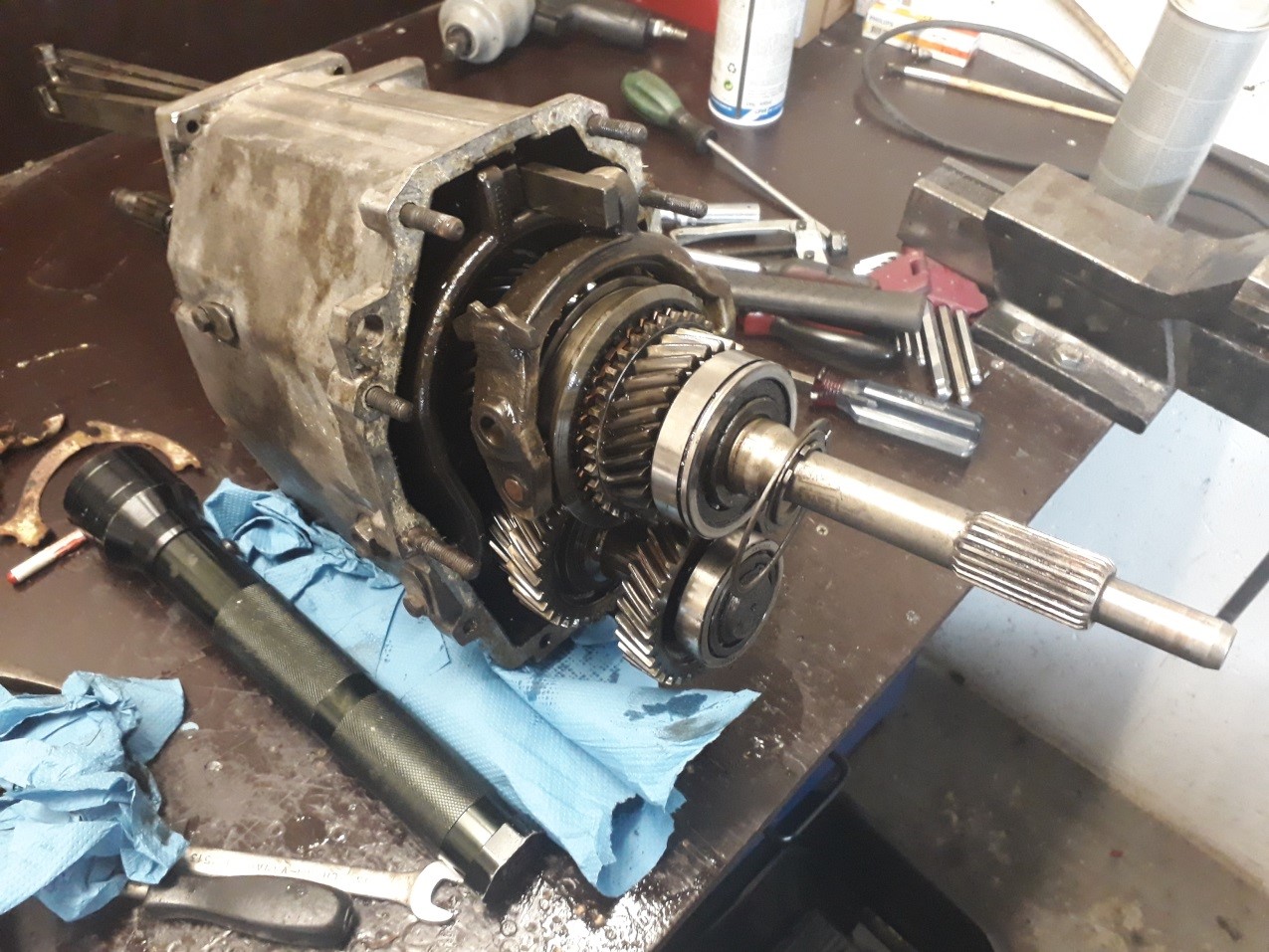 When everything was disassembled it needed in my case a lot of cleaning. The outside of the gearbox was not that bad but inside were many remainders of 50 year old gear oil that turned back to its original form of crude oil. Everything was clogged up with a brownish tar substance and I was actually surprised that it still shifted quite OK. Even the small bores in the gears that are drilled to provide lubrication to the bearings were clogged up so I can only assume that all these bearings had been running with insufficient lubrication for some time.
The layer of tar on the bottom of the case had to be scraped with a hammer and a chisel. 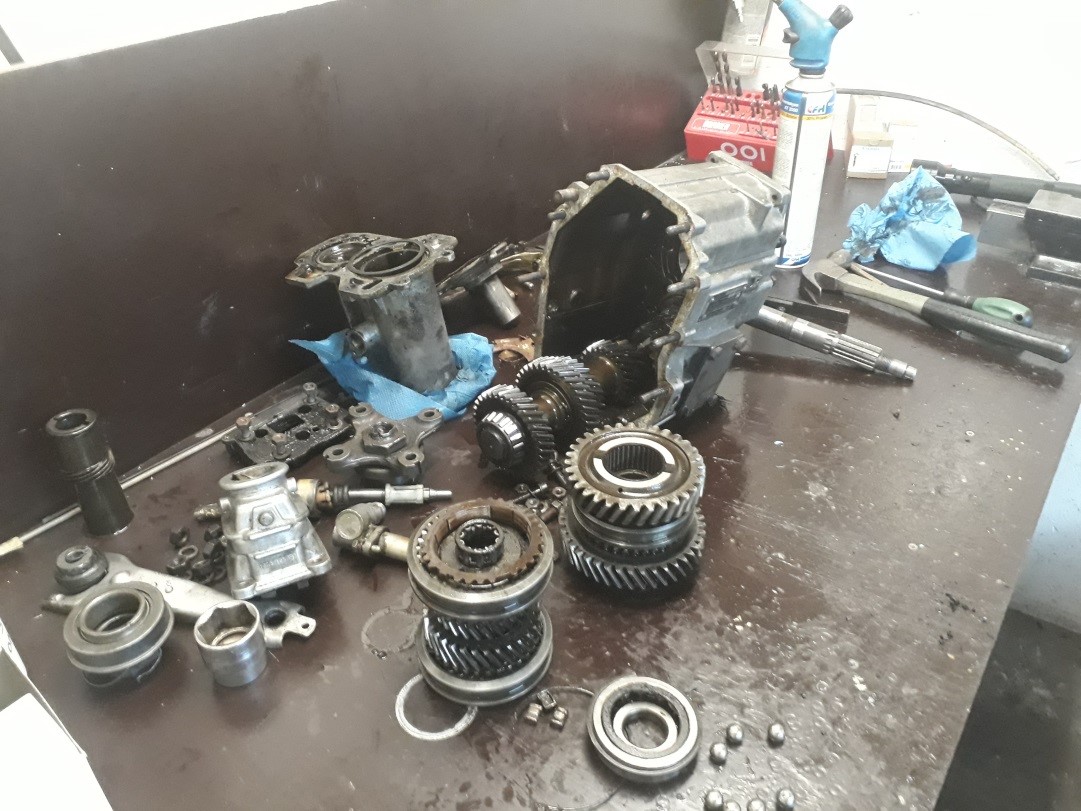 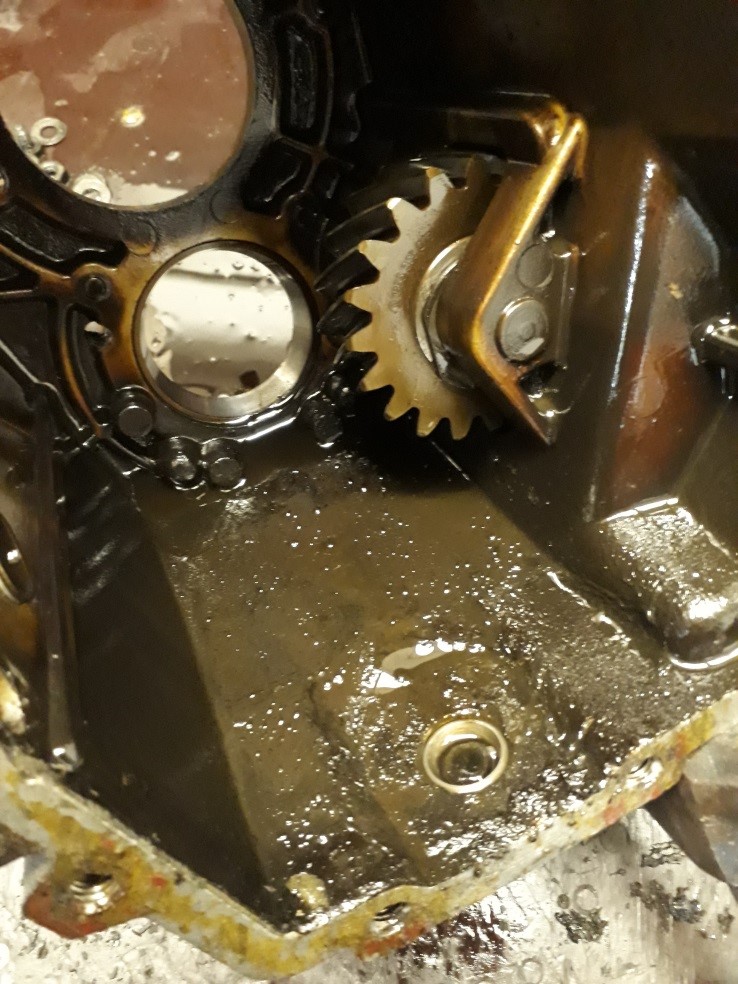 After cleaning all parts need to be measured to see what needs to be replaced or repaired. In my case all bearings were worn out, seals were hard as a rock and off course gaskets needed replacing.
Most other parts were still in good condition except for the second gear synchro ring. The conical synchro ring was worn out so this one needed replacing. But unfortunately the conical part of the gear, the part where the synchro ring runs on, was also worn to some extent. This could be repaired but that repair was not cheap. They use Laser to add new material to the conical surface and grind them to the correct size afterwards.
With all the parts repaired, ordered, checked and cleaned assembly could begin. 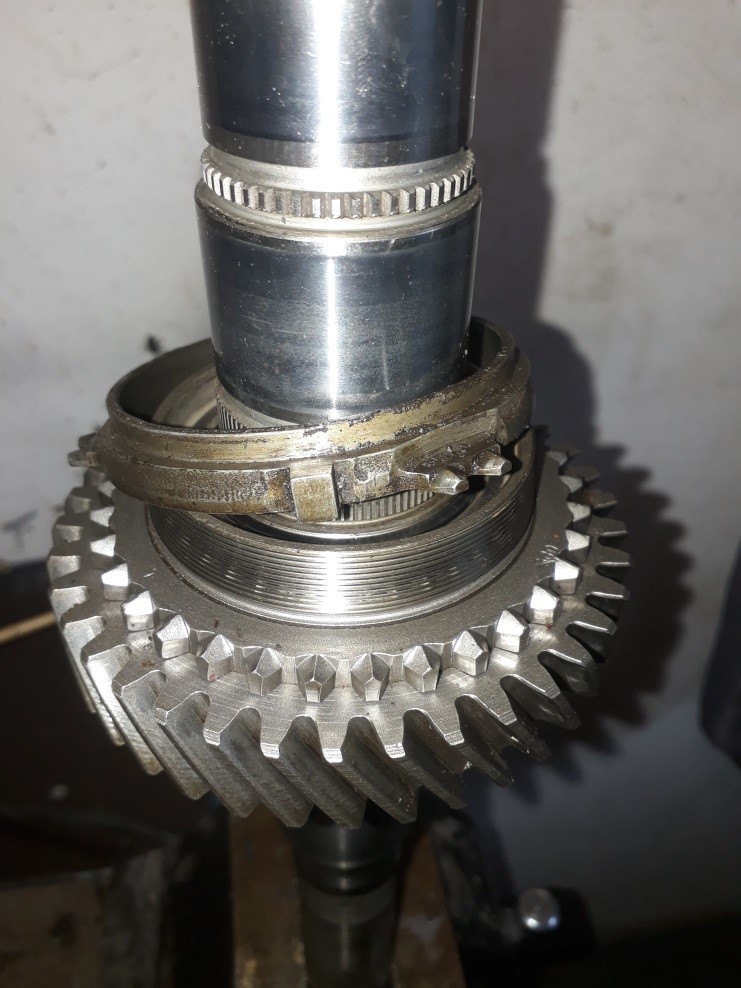 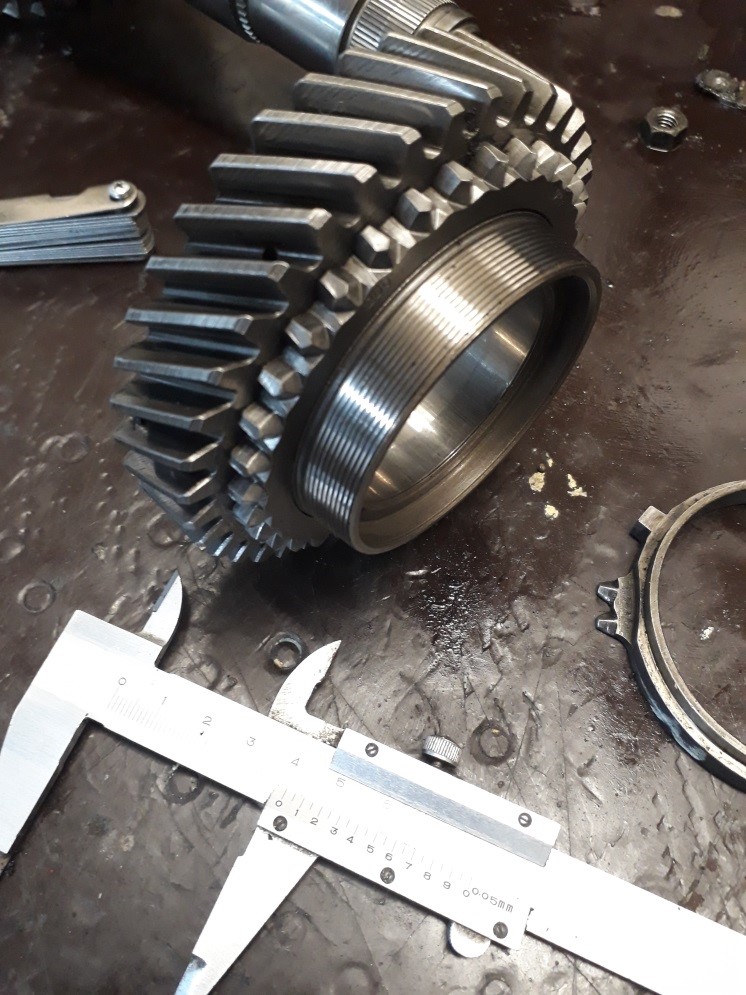 The next tricky part is the assembly. Where disassembly is quite easy you have to pay a lot of attention during assembly because all bearings need to be shimmed to get the correct play or preload on the bearings. This means in reality that you have to assemble and disassemble the gearbox about 10 times to get everything perfect. A lot of measuring with depth gauges, dial indicators, feeler gauges and plastigauge and every time fully assembled with gaskets in place and all bolts tensioned to the correct torque. If adjustments are needed everything must be disassembled and shims must be added or removed to get bearing preload and play correct. The shims are commonly available sizes and come in 0,05mm thickness and thicker. 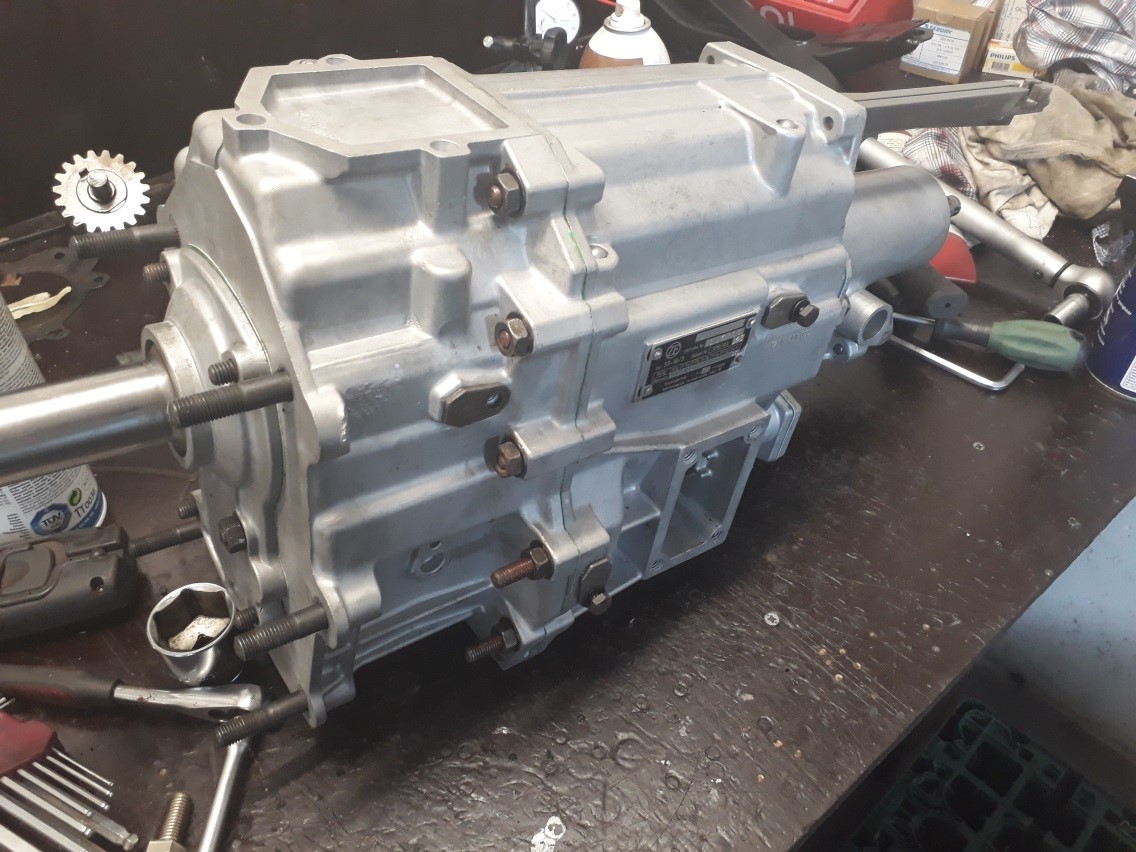 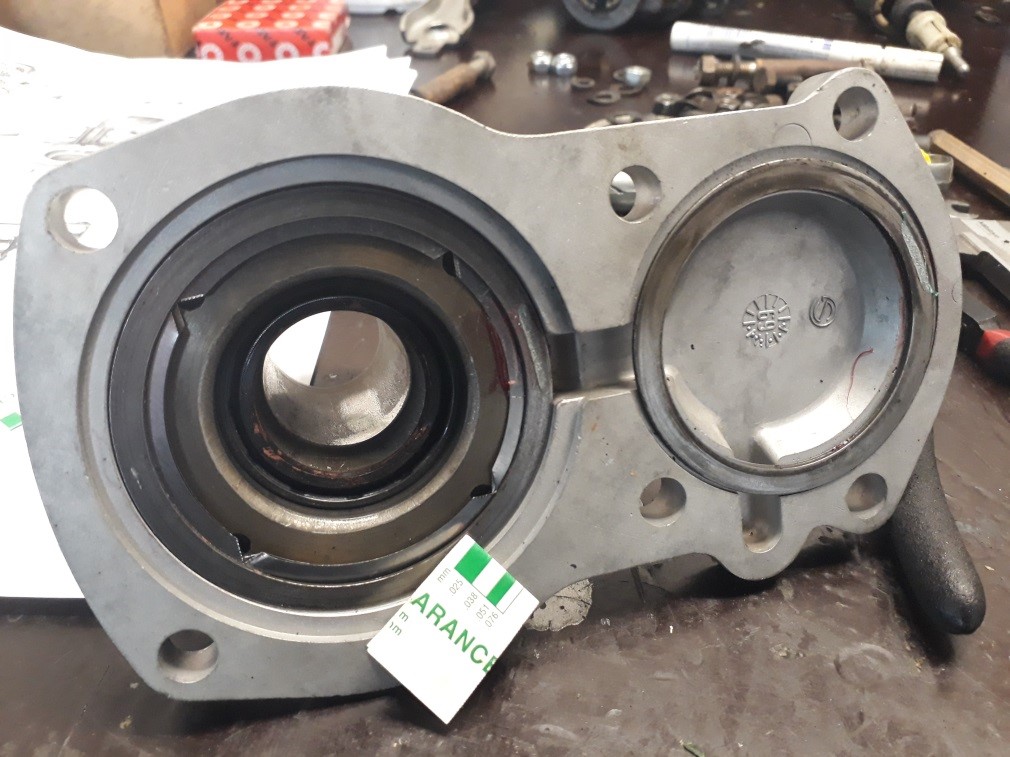 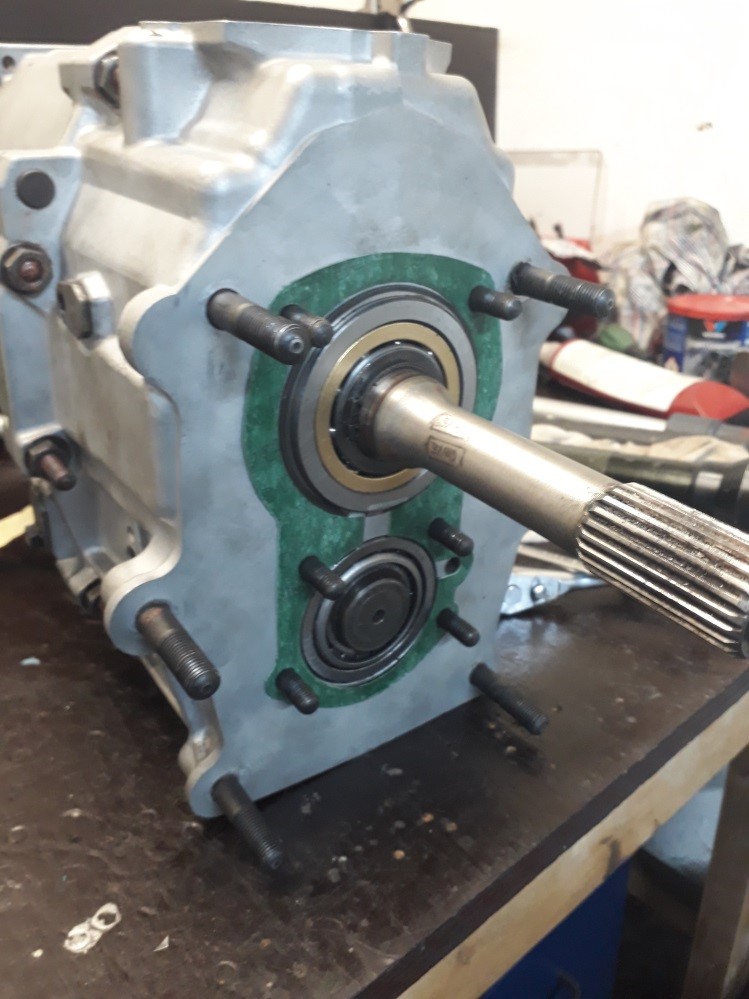 If all went well and it feels smooth it’s just a matter of bolting it back together and it should be good for another 50 years of operation.

The result of the gearbox overhaul in my case is that it is much more quiet than before the overhaul, this must be due to all the new bearings. It also shifts perfectly to second gear now with a dead cold engine/gearbox. There is no more need to warm it up before it will operate smoothly and without grinding. 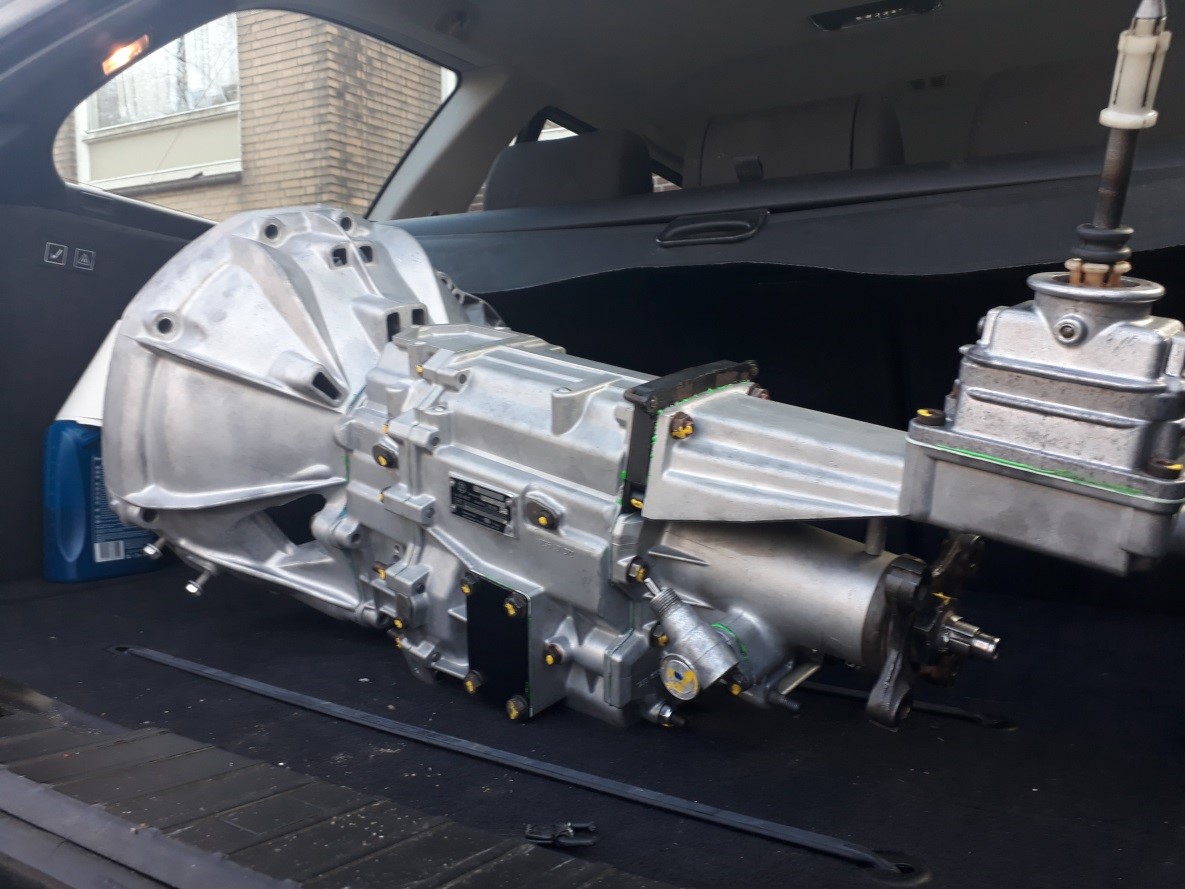